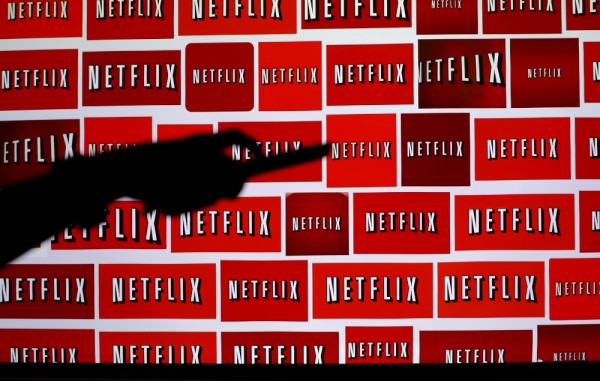 Relatives coming over this Thanksgiving? If you're still deciding on what movies you should watch with your family on this one-day holiday or to entertain your guests while preparing your roasted turkey, let us spare you from the hassle with this list of Latino and Latin American movies you can stream on Netflix.

This 2017 animated gem is Pixar's colorful celebration of the Day of the Dead. It tells about the struggles of a boy named Miguel in pursuing his passion for music due to a music ban that has been in his household for generations, and his journey towards winning the acceptance of his family, including his ancestors, of his passion. A rollicking adventure through the world of the dead and Miguel's encounter with brightly tinged alebrijes and a trusty trickster by the name of Hector, kids and kids at heart would surely enjoy this movie.

The movie revolves around the character Eubanks, a drunkard and an old-school pig farmer from Georgia on the brink of losing his family farm. He decides to embark on a road trip across the border to Mexico with his beloved pet pig Howard to find "Howie" a new home. However, Eubanks' drinking and deteriorating health begin to take a toll on him which eventually delays their plans. Eunice, Eubanks' estranged daughter, is forced to join their adventure. The old man attempts to mend his broken relationship with his daughter but is always derailed by his stubbornness and old ways.

Madonna fans would surely love this documentary released in 2016 which features diverse, impressionable group of young dancers from New York City composed of Latino, White and Black Americans who introduced the Queen of Pop to vogueing, which later on became a global sensation. After being chosen to join her Blonde Ambition tour, their lives were forever changed. The documentary also includes a glimpse of how these men are leading their lives years later and unmasks the drama behind the glamorous facade.

An adults-only movie, Zoom features an artist who happens to work at a sex doll factory in the morning and a comic book artist at night. Disheartened her boyfriend's reaction to her bosom after going through a breast augmentation surgery, she starts sketching her ideal man, giving him an exceptionally large loins which she later on erased and changed into a minuscule stump. The movie is then diverted into the cartoon world showing the crisis that has stuck the character due to the sudden unknown changes in his body.

As its title implies, the humorous yet though-provoking one-man special features Hollywood legend John Leguizamo as he unearths the legacy of Latinos throughout the continent. The show started as a small production at California's Berkeley Repertory Theatre in 2016 and gained popularity as it moves east until it reaches Broadway. In a lecture-type act, Leguizamo shares the significant contributions Latino military heroes who have served United States, alongside breakthroughs of the Aztecs, Mayas and Taínos. The entire show aims to highlight the history where Latinos have created an impact which are often-overlooked by the mainstream U.S. media.

This 2016 documentary is about the clash of two powerful Peruvian leaders, President Alan Garcia, Indigenous leader Alberto Pizango with the Indigenous Amazonian land at stake. Pizango and his allies rallied against Garcia's aggressive drive of extracting oil, minerals and gas from the Indigenous domains. Garcia's continued neglection to their appeal prompts fatal encounters between the opposing sides.

The animated movie released this year is about the heroic magical adventure of two Andes children to save their land. Pachamama incorporates the music and culture of Argentina weaved into a powerful visual treat.

Nominated for Best Animated Feature Film at the 2016 Academy Awards, O Menono E o Mundo or The Boy and the World is a Brazilian modern-day fable which follows the adventures of a young boy who leaves his small village following the death of his father only to find himself overwhelmed by the chaotic and confusing city life.

9. To Wong Foo, Thanks for Everything! Julie Newmar

Released in 1995, this movie brings together an unexpectedly fabulous and funny trio, Wesley Snipes, Patrick Swayze John Leguizamo as they play the role of New York City drag queens who sets off a road trip from New York City to Los Angeles to compete at the Miss Drag Queen of America Pageant. Along the way, they are confronted by prejudice and all sorts of trouble which includes getting stranded in a small town with their own prized possession: a photo of Julie Newmar autographed with, "To Wong Foo, Thanks for Everything! Julie Newmar."

Based on true stories of survivors of the most devastating earthquake in the history of Mexico, the movie depicts the experience of Martin and Fernando during the catastrophe which buried them under the collapsed building that once housed their office. The movie might give a claustrophobic vibe as the two struggled against the weight of the debris, but it will also shed a glimmer of hope as the characters overcome one of their lives' greatest challenges.

Do any of these movies interest you? Stream these Latino and Latin American movies now and have a cheerful Thanksgiving!