Why Venezuela is Latin America's Most Corrupt Country 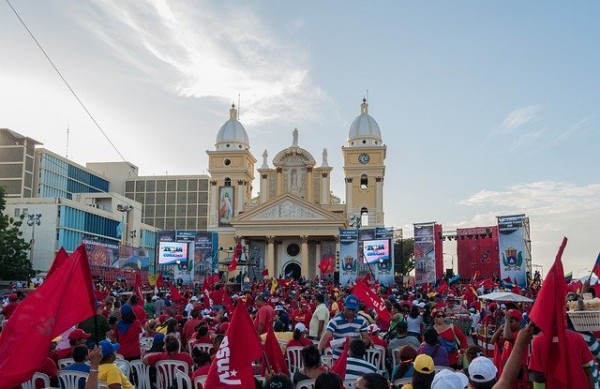 Venezuela has been suffering sociopolitical turmoil over the past few years and recently, it was labelled by Transparency International  as the "most corrupt country" in Latin America and fifth most corrupt in the world next to Somalia, South Sudan, Syria and Yemen, according to an article by the Miami Herald.

The rankings are based on a point system, where zero represents the worst performance in a country's anti-corruption practice and 100 is reserved for the best.

According to its recently-released 2019 corruption index, Venezuela plummeted to the fifth place in the world ranking from 12th place in 2018.

Corruption has increased in the country as President Nicolás Maduro's regime intensified its efforts in solidifying its totalitarian control of Venezuela, doing away with the checks and balances system practiced by previous leaders during the democratic years.

In a press release, Transparency International said Venezuela, which for years has been gradually tumbling down corruption's slippery slope, only managed to obtain 16 points out of the possible 100.

According to an article by Latin Post, Venezuela was once among the economic giants in Latin America, having the largest oil reserves in the world and huge gold deposits. But throughout the years, the corrupt practices of its socialist government leaders have ultimately ruined its economy.

In 2018, Venezuela widely-experienced blackouts. Meanwhile, protests against the Maduro's administration have become more and more fatal after the government ordered a crackdown on protesters.

The socioeconomic crisis prompted its citizens to result to cybercrime, stealing personal data from people in Latin America working in companies, such as financial institutions and retail industries and selling them on various public websites and on the dark web in exchange for cryptocurrency.

Widespread corruption remains to be an impediment to socioeconomic development in countries throughout Latin America. In fact, the region only garnered an average score of 43 for the fourth consecutive year on the index which indicates its failure to make significant progress to combat corruption.

Despite the efforts of many Latin American countries to increase transparency, implement new money laundering controls, and equip their police and court systems with the tools necessary to investigate and prosecute political corruption, most of the region performed quite poorly.

Following Venezuela as the most corrupt country in Latin America are Haiti, Nicaragua, Guatemala and Honduras (tie), Paraguay and the Dominican Republic (tie), Mexico, Bolivia, El Salvador, and Brazil.

The Global Corruption Barometer - Latin America and the Caribbean 2019 indicates a substantial lack of political integrity among political figures and institutions in the region especially in terms of electoral processes, which weakens the foundations of democracies and leads to mistrust in government leaders.

During the presentation of Transparency International's report, organization President Delia Ferreira Rubio said that countries must do more to combat corruption as it threatens the population's faith in democracy.

"Frustration with government corruption and lack of trust in institutions speaks to a need for greater political integrity," she said. "Governments must urgently address the corrupting role of big money in political party financing and the undue influence it exerts on our political systems."

The corruption index considered the perception of public sector organizations, experts and business people in determining which countries are most corrupt.