Coronavirus Survivors Tell the Secret to Their Recovery 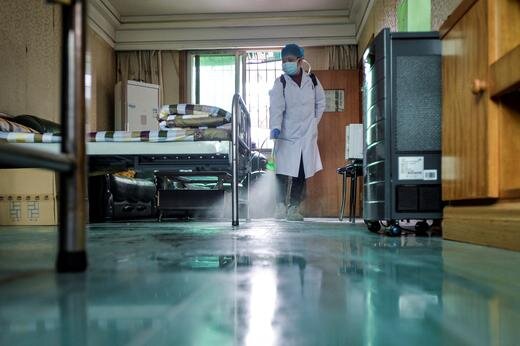 The unbearable pain and a series of coughs are first felt until it becomes a lethal sickness with no invented cure. An increase in temperature and the feeling of slowly drifting from life. The experience of contracting the 2019-nCoV is such an exhausting fight between the body and the virus.

Medicines are provided to control the symptoms of the virus. However, what makes the Novel Coronavirus infection lethal is the inexistence of a drug that can destroy the virus. This leaves a person's recovery from the virus in the hands of the infected patient's immune system.

A few adults who were tested positive for the Coronavirus were interviewed. The infected individuals lived in Wuhan, China. Wuhan is the center of the worldwide outbreak.

Tiger Ye, not the real name of the infected individual, shared how scared he felt after finding out he had caught the infection. He describes how he witnessed the increase of the virus's cases and how every medical practitioner wore protective clothing and gears. He said that he had never seen anything like that in the past.

An article from Latin Times it was stated that Ye endured weeks of anxiety and depression. He was scared that he had caught the 2019-nCoV. Later, he decided to visit a medical center near his residence to get treated.

After visiting the medical institution, he was diagnosed with 'not very severe' symptoms of the disease. Doctors asked Ye to go home and advised him to quarantine himself.

Ye survived the threats of the virus and recovered. He credits his recovery to his father who is a healthcare worker. His father was aware of the risks of the virus before most.

In the first few days after finding out about his infection, Ye experienced high fever and intense pain that resonated throughout his body.

By the time of his follow-up appointment with doctors, he complained about severe coughs. He explained to his doctors that he felt he was going to die from the coughs he was having. He even described his coughs as several knocks to the doors of hell.

He was thankful for surviving the newly discovered pneumonia-causing virus' wrath. Also, he had emphasized his gratitude to the medical workers who risked their lives so that they can save him.

Another Story of Survival from the 2020 Coronavirus

Another person was also interviewed. He also shared his story of survival from the virus.

A 31-year-old engineer residing in Wuhan, China told the story of when he had first learned that he had contracted the virus. He described how scared he was because of the insufficiency of testing resources.

He expresses his concerns for the young and strong who might catch the infection. He described the disease as similar to a "heavy cold." He shared how he had learned that the infection caused panic to people because it is very contagious.

How Did They Overcome the Illness?

The recovery from the illness differs in every individual. However, the two men who lived to tell their story of survival from the viral infection had similar recovery points. The first one is the timely action upon the discovery of infection. Lastly, quarantining oneself. These are the two common points that the two expressed in their story of preventing the spread and return of the Wuhan virus infection.