'It will be a true genocide': Indigenous Tribes Blockaded Villages Amid Coronavirus Threat 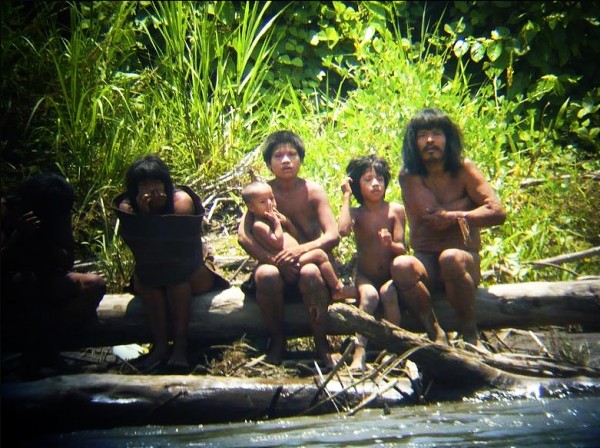 (Photo : REUTERS/Jean-Paul Van Belle)
Members of the Mashco-Piro tribe, one of a dozen "uncontacted" tribes in Peru

Indigenous groups in South America---including Brazil, Colombia, Ecuador, and Peru--- are blockading their villages amid the looming coronavirus threat.

The global pandemic, COVID-19, has infected over 850,000 people across the globe over four months, with numbers still growing at a rapid pace each day. The virus claimed more than 40,000 lives since the first reported case in China in December 2019.

The United States currently has the most number of cases anywhere in the world with 187,729 cases---81,937 more cases than Italy.

Indigenous groups in South America began locking people out of their villages, barring all entry points, in a bid to keep tribe members safe from the virus sweeping the nation.

The number of cases in South America has risen to almost 8,000 in recent days, with health officials expecting more cases to be unreported.

Several tribe leaders urged their residents to hunker down and leave only if necessary. In a letter sent by the leaders to the local government, only healthcare workers will be allowed to enter the village so long as they are screened and the villagers are informed five days before their arrival. Roads to various reserves were sealed off, as of Monday.

Public health officials have also stopped air and river transportation to the region as they focus on stopping the virus from reaching the villages where the health system is precarious. Should a member of the indigenous population be infected, professionals would not be able to attend to serious cases as ICUs and other medical equipment are a thousand kilometers.

Indigenous communities are extremely vulnerable to epidemics as villages do not have basic sanitation and proper housing conditions. Their living conditions make them very fragile for lung and respiratory diseases.

The lockdown tactics pose a risk, experts warned. Tribal members who were not properly tested or isolated could carry the virus home as they return to their remote homes.

Tawasap, a 70-strong settlement in Ecuador, closed its border in February, becoming one of the first villages to forbid entry to their village. Peru's Amazon indigenous federation said they had urged over 2,000 isolated communities to close their borders.

Various tribe leaders called out Brazil's President Jair Bolsonaro who continues to dismiss the pandemic. Many Brazilians protested by banging pots and pans during a televised address where he announced containment measures and relief packages.

Bolsonaro recently called the health crisis as a "fantasy" that was overhyped by the media. He also said he "wouldn't feel a thing" should he contract the virus.

Over the years, Brazil's indigenous tribes were faced with highly infectious diseases such as measles and flu viruses which decimated their population and served as a threat to more than 100 isolated groups.

"If the virus gets into the villages," she began, "it will be a true genocide."