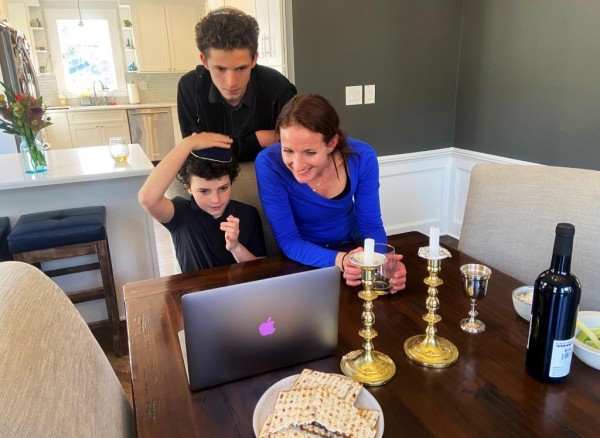 Every year, millions of Jews gather together at Passover in memory of the exodus of their Hebrew forbears from Egypt. In this place, they escaped through, according to past accounts, ten plaques believed to be exquisitely sent.

As the COVID-19 pandemic affects the world, some of the equivalents are quite difficult to miss. According to the Jewish Life chaplain at Duke University, Rabbi Elana Friedman, plaques are the core part of the experience of the seders. And this year, the rabbi added, "it feels like" they have what they consider as the "11th plaque circling" them.

Many Jews consider the Passover as a celebratory event with family and friends who gather in homes, crowding around tables and feasting on sumptuous food over good conversation.

Also known as 'Seder' is considered as "the most celebrated holiday of the American Jewish Life" from which, around 70 percent of the Jews say, they take part in the Passover celebration year after year.

However, this year, the holiday kicks off the evening on Wednesday. It lasts for eight days and is likely to be celebrated differently this year after Jews are asked to commemorate the affair from a big circle of friends and extended families to just one household.

Gatherings for pre-Passover at synagogues this year have been canceled. Relatively, travel restrictions, as well as social distancing, have been put in place to prevent the virus from spreading.

More so, large and frequent home gatherings have also been prohibited, and the multiple trips for grocery shopping are out, as well.

Most fundamentally, a lot of Jews are now feeling melancholic about the loss of one of the greatest pleasures of Passover, which is the gathering of generations of family in one shelter and on just one table.

Friedman said, being unable "to spend Passover with their grandparents" has indeed been quite difficult for many students, "and they are mourning that loss.

Because of the limitation in celebrating Passover this year due to the pandemic, a lot of Jews are having "virtual Seders."

To date, as young couples are preparing to host their first-ever 'Seders,' rabbis generously send tips and encouragement via text. Some of the elderly Jews shared they are spending the Passover on their own-their first time to celebrate it without their family in decades.

Meanwhile, Jews who are more liberated are already preparing to host the so-called "virtual Seders on websites such as OneTable." This will bring them together for shared get-togethers like the Passover.

Union for Reform Judaism President Rabbi Rick Jacobs said this would be the first time his family is being separated for Passover.

More so, one of his three kids is staying in Washington, DC, where he currently lives, instead of traveling to New York City.

Jacobs said they had had all kinds of Passover celebrations over the years. However, they've never had an affair celebrated without their kids.