Kelly Clarkson described her divorce with her soon-to-be-ex-husband Brandon Blackstock as "the worst thing ever."

According to Fox News, divorce is not a comfortable experience for Kelly Clarkson. In June, the singer revealed that she and Blackstock were splitting. Clarkson, 38, recently spoke with Sunday Today host Willie Geist and opened up about her difficulties with the ending of her marriage.

"It's no secret, my life has been a little bit of a dumpster personally," Clarkson admitted. "It's been a little hard for the last couple of months." 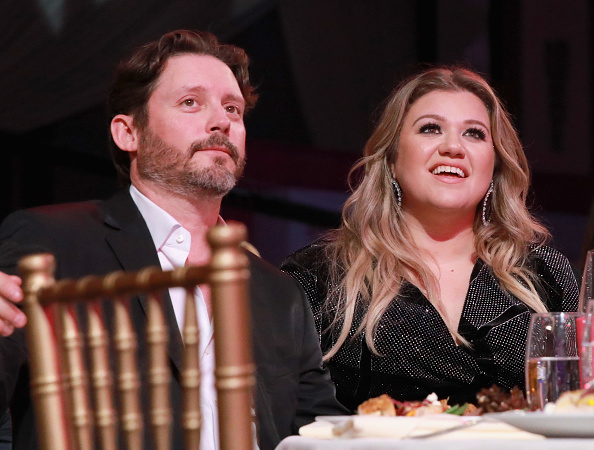 The 'Since U Been Gone' singer added that she talked to her friends who have been through the same situation. Clarkson said she doesn't know how people go through that without having some outlet. For Clarkson, divorce is the worst thing ever for everyone involved in it.

Talking about her record's release, expected to debut next year, Clarkson described her forthcoming album as "very honest."

Kelly explained that it will probably be the most personal one she ever released. "The whole record is every emotion you experience from the beginning of a relationship to the end of what it is now," the singer said in her interview.

The 'Broken & Beautiful' singer added, "It's been very therapeutic for me." She also tells a laugh that she never wrote about her life to where her kids are singing along.

The singer, songwriter, and television star Kelly Clarkson filed a divorce in Los Angeles on June 4, 2020, as she cited "irreconcilable differences," as per The Sun. Clarkson met her music manager, Brandon Blackstock, and soon-to-be-ex backstage at a rehearsal for the Academy of Country Music Awards in 2006.

In December 2012, the pair got engaged and married a year later at a luxury estate in Tennessee. Clarkson and Blackstock married in 2013 and had two children together named River Rose and Remington Alexander.

Blackstock is also a father of two from his previous marriage. Clarkson is requesting joint legal and physical custody of their two kids, according to court documents obtained by ET

The couple decided to call it quits "after realizing that their relationship has not been working for a while," a source revealed to ET.

Meanwhile, Clarkson told the Los Angeles Times that she doesn't have immediate plans to discuss the reasons behind her divorce for her children's respect.

The 'Because of you' singer told LA Times, "I am a very open person, but I'm not going to be truly open about this in certain aspects because there's kids involved."

Clarkson explained that eventually, she thinks she will navigate a way to be open and honest about her divorce, probably through a show. She assumes that it will happen naturally when someone says something in conversation or something. Since "there are a lot of little hearts involved," Kelly is cautious.