The new stimulus checks could be affected by the Supreme Court vacancy due to Ruth Bader Ginsburg's death. Negotiations between Senate Minority Leader Chuck Schumer, House Speaker Nancy Pelosi, and members of the White House's negotiating team- Treasury Secretary Steven Mnuchin and Chief of Staff Mark Meadows have been tense and sometimes hateful. 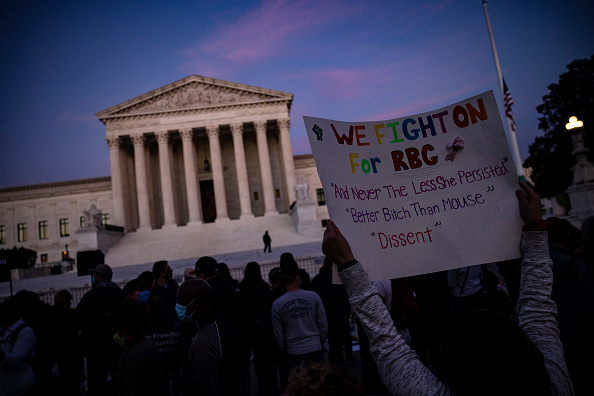 Mitch McConnell, Senate Majority Leader, announced that he plans to hold a Senate vote to appoint another person to fill the vacant Supreme Court seat. This could motivate Republicans and Democratic lawmakers to delay a deal on COVID-19 relief until after the November election. Here are the instances on how the Supreme Court Vacancy could affect negotiations with the new stimulus checks:

A political firestorm is set amid McConnell's statement

Heavy reported that in a statement released regarding Ginsburg's death, McConnell said, "Ginsburg's intelligence and determination earned her admiration and respect throughout the legal world, and indeed throughout the entire nation that now grieves alongside her friends, family, and colleagues."

The latter part of McConnell's statement indicates that there will be another fierce political battle over the Supreme Court vacancy. McConnell said that Americans re-elected the majority in 2016 and expanded it in 2018 as they pledged to work with President Donald Trump and support Trump's agenda. The lawmakers mainly support Trump's excellent choice for the federal judiciary. "President Trump's nominee would receive a vote on the floor of the U.S. Senate," McConnell added.

McConnell's statements have been against even to posthumous wishes of the Supreme Court's former justice, Ginsburg, which was dictated in a message to her granddaughter, saying, "My most fervent wish is that I would not be replaced up until a new president is installed."

Pelosi and Schumer remained a united front on passing a COVID-19 relief bill. On September 8, in a joint statement released, Pelosi and Schumer blasted McConnell for refusing to bring the $3 trillion Heroes Act. They also criticized McConnell's bill in the Senate, the HEALS Act that costs around $1 trillion and lacks funding for airline support and stimulus checks.

Pelosi urges Republicans to meet in the middle on a $2.2 trillion spending measure. According to Forbes, Pelosi told Meadows that Democrats are not budging on the price tag. In early September, both Meadows and Pelosi expressed optimism that seems to have cooled off.

"Given that we are in the midst of the election process, we believe that the Americans should seize the opportunity to weigh in on whom they trust to nominate the next person for a lifetime appointment to the Supreme Court," McConnell and other Republicans wrote in a Washington Post op-ed. Now, McConnell needs to fight his own words that he is going against the very precedent set up in blocking Garland.

Like a political fight over the Supreme Court vacancy, this sentiment might kill the chance of both parties to remain on speaking terms long enough to push for a COVID-19 relief bill. Due to Trump's behavior, Pelosi said that she no longer attempts to negotiate with the President and prefers to speak with Trump's representatives.

The Hill reported that Pelosi said, "I've spoken to his representatives, and Trump said that they will speak for him. I take that true about the Treasury secretary, and we have worked together. I don't find it a good use of time."

As per Newsweek, even McConnell was skeptical that the COVID-19 relief negotiations could be successful during an election season. "We haven't reached an agreement, and I don't know if that's going to be possible with all of the partisan juices flowing like they are some two months from the election," McConnell said.

Ruth Bader Ginsburg's Death: How's the Operations in Supreme Court with Only 8 Justices

Social Security Benefits: Here's How to Get $3,790 Monthly

USDA to Provide Another $14 Billion to Ailing Farmers