San Francisco Mayor London Breed faced scrutiny for coming to a French Laundry birthday dinner party a day before banning indoor dining in her own city.

According to San Francisco Chronicle, Breed was with seven others at the dinner party on the evening of Nov. 7 to celebrate the 60th birthday of socialite Gorretti Lo Lui.

A report from CBS San Francisco said the dinner was held at a partially-enclosed space with a ceiling, chandelier, and an open-air table.

Both outdoor and indoor dining was allowed in San Francisco and Napa County when the dinner was held, but it was unclear how many households could gather during a meal. 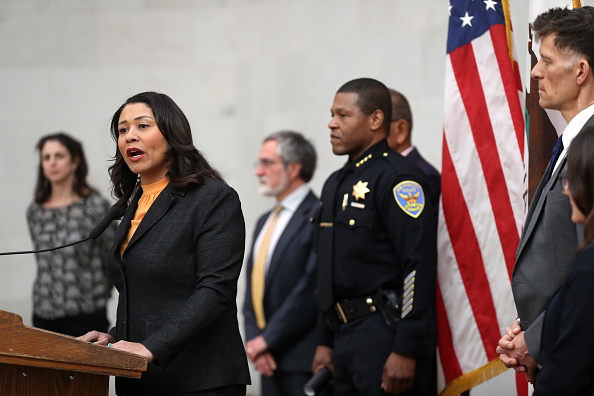 At the time, the state of California had already banned gatherings with more than three households. The people who joined her at the party were not named, reported Daily Wire.

The dining experience itself was not a clear violation of the county's rules at the time. But they would have if Breed attended the event at a later date.

Just three days after going to the upscale restaurant, all indoor dining in San Francisco was banned by the mayor.

A spokesperson for the mayor's office said Breed "has always been cautious" whenever she goes out to eat.

The spokesperson added that with the rising number of coronavirus cases in the Bay Area counties and moving back to the purple tier, the mayor has also been "limiting her actions and is encouraging all San Franciscans to do the same."

"I cannot emphasize enough how important it is that everyone act responsibly to reduce the spread of the virus," Breed said during her announcement of the ban.

She urged every resident to "do their part" so that San Francisco can "start moving in the right direction again."

She recognized that the news wasn't something the residents and businesses were hoping to hear but said these decisions were made to get young San Franciscans back to school.

"We will continue to act in the best interest of public health and we'll continue to help our impacted businesses as much as we are able," Breed added.

Breed is the latest official under fire for breaking coronavirus safety measures.

Liccardo has already apologized for attending a Thanksgiving dinner at his parents' home that did not meet the state's guidance on gatherings.

Before the holiday, Liccardo tweeted to urge Bay Area residents to "cancel the big gatherings this year" because of health threats posed by the coronavirus.