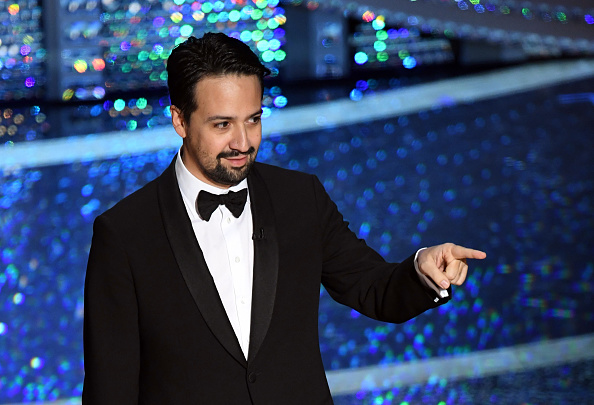 During Disney's Investor's Day on Thursday, the company revealed some of its new movies in-production.

The selection included Encanto which will have its music written by Hamilton creator Miranda, reported People. The musical feature is set to hit the theaters in November 2021.

According to Disney's announcement tweet, Encanto is set in Colombia and will feature a "magical family" that lives in an equally "magical home."

This Fall, Walt Disney Animation Studios’ all-new film Encanto takes you to Colombia, where a magical family live in a magical home. Directed by Byron Howard and Jared Bush, co-directed and co-written by Charise Castro Smith, and music written by Lin-Manuel Miranda. pic.twitter.com/bdxag3SzPv

It will tell a story of a young girl whose family possesses magical powers while she does not, its IMDB logline says. The title is the Spanish word for "charm."

It will be a reunion for the Zootopia directors Byron Howard and Jared Bush, while under the writing and direction of Charise Castro Smith. It will be under Walt Disney Animation Studios as its 60th animated film.

During the Investor Day's, Disney also announced a slew of new upcoming projects for Disney Animation, Pixar, Marvel Studios, Star Wars, National Geographic and Disney Plus, reported Broadway. It is said that more than 50 movies, series, spin-offs, and others were announced during the event.

Miranda Tweets About Excitement on 'Encanto'

Miranda, 40, also reposted the announcement on his personal Twitter account. He said he has been working on the project for "nearly three years."

Been working on this for nearly three years. So proud of this music and this story. Can't wait to share more.
Super super super orgulloso. #Encanto https://t.co/eLh7fMhaFk


"So proud of this music and this story. Can't wait to share more. Super super super orgulloso (proud)," Miranda added.

According to ABC 6, Encanto will be featuring songs in both Spanish and English.

Miranda has established himself not just in theaters but also in the Disney scene as an award-winning songwriter.

In 2019, he worked on music for Mary Poppins Returns and in 2016 wrote songs for hit animation "Moana".

Miranda last worked with Disney on 2019's Mary Poppins Returns and wrote the music for the 2016 hit animated feature Moana.

His song "How Far I'll Go" was nominated as Best Original Song during the 2017 Oscars.

Two new animated princess series will also be anticipated with Moana and Tiana, the company said during Investor's Day.

The series are set to premier on the streaming service Disney+ in 2022 and 2023.

Related Story: Elena of Avalor: 3 Things We Loved and Didn't Like About the First Latina Disney Princess

Tiana will be based on the titular waitress-turned-princess of the 2009 animated feature The Princess and the Frog.

Meanwhile, Moana is based on the 2016 film that featured a teenage island girl who learns about her voyager ancestry that helps her appease a goddess and save her people.

There are more to look forward to from Disney, and kids will enjoy the return of some of their most beloved characters.

Another premiering series alongside Tiana in 2022 is Baymax, named after the personal healthcare companion robot in Big Hero 6.

A lineup of sequels, prequels and spinoffs also await audiences with the comeback of the Lion King, Toy Story, and Enchanted franchises.