Tokyo Olympics 2020, which was rescheduled for July 23 because of the ongoing pandemic, is now happening! Most of its fans are always focus on basketball, javelin throw, swimming, and other heavy sports. 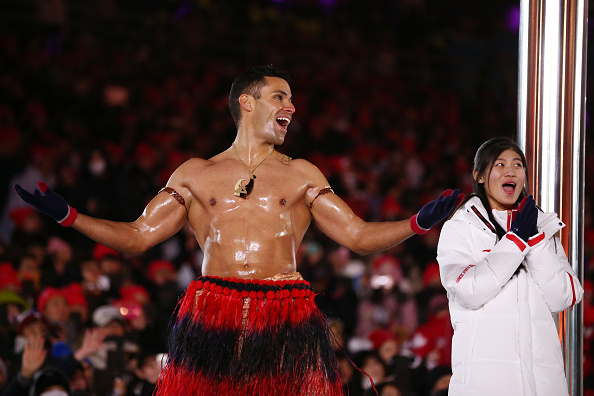 (Photo : Photo by Dan Istitene/Getty Images)
Pita Taufatofua of Tonga stands on stage during the Closing Ceremony of the PyeongChang 2018 Winter Olympic Games at PyeongChang Olympic Stadium on February 25, 2018 in Pyeongchang-gun, South Korea.

However, the Olympics event is not all about these physical activities.

This massive sports event is also about the fireworks, flag bearings, and other amazing displays. And now, a very popular man from Tonga has made another appearance in the Tokyo Olympics 2020 event.

Pita Taufatofua, also known as the Tongan shirtless flag bearer, is a taekwondo athlete who later became an internet sensation because of his good looks. He already carried his country's flag during the 2016 Rio Olympics.

His latest appearance in the popular international sports event is his third one for the past years.

"Maybe it's a time for everyone in the world to listen to what us native and cultural people have had to offer," he added via USA Today's latest report.

Pita From Tonga Now Has a New Competitor

According to Yahoo News' latest report, the popular Tongan shirtless flag-bearer from Tonga now has a new competitor. Rower Rio Rii is another flag carrier from Vanuatu. 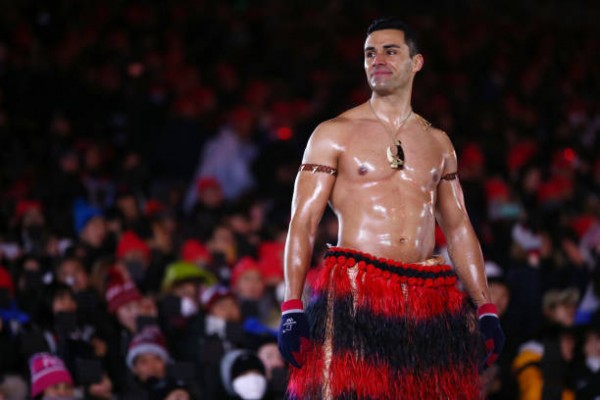 (Photo : Photo by Dan Istitene/Getty Images)
Pita Taufatofua of Tonga stands on stage during the Closing Ceremony of the PyeongChang 2018 Winter Olympic Games at PyeongChang Olympic Stadium on February 25, 2018 in Pyeongchang-gun, South Korea.

Just like Pita's technique, he also came out shirtless and oiled up during the opening ceremony of the Tokyo Olympics 2020. Aside from carrying his country's flag, he will also compete on Friday, July 24, in the men's single sculls for Vanuatu, the neighbor of Tonga around 1,200 miles away.

However, the Tongan man will never back down from a fight. Taufatofua already endured the cold weather during the 2018 Winter Olympics in Pyeongchang. On the other hand, he is also the only Tongan who participated during that time.

Pita was able to finish 114th out of 119 competitors in the 15-kilometer free-style race. This just shows how dedicated he is to his craft.

Other Details of 2020 Olympics

Aside from the two shirtless flag bearers, Tokyo Olympics 2020 also featured some fireworks displays, as well as soundtracks from popular Japanese video games, as reported by Business Standard.

On the other hand, there were also two large screens to show the COVID-19 countermeasures, which have been implemented to prevent the further spread of the deadly disease.