The wrestling talk show results from the collaboration between Women's Wrestling Talk and FITE to bring conversations, interviews, and content about the professional wrestling industry to more audiences. The show airs new episodes every two weeks for free, with all episodes available on demand.

The one-hour bi-weekly talk show will be highlighting female wrestling talents from inside and outside the wrestling ring, giving fans an unprecedented view of the entire industry - especially its pioneers and trailblazers - as they discuss wrestling from unique perspectives. Guests will be coming from all corners of the wrestling industry: World Wrestling Entertainment (WWE), All Elite Wrestling (AEW), National Wrestling Alliance (NWA), Ring of Honor (ROH), Impact, and the indie wrestling scene. 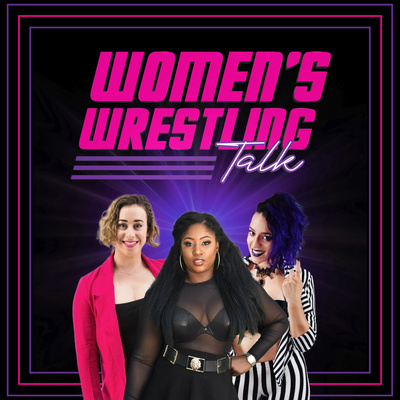 Women's Wrestling Talk launched its pilot episode on FITE last Aug. 4, featuring wrestling legend Mickie James. She is a nine-time women's wrestling champion, now signed under Impact Wrestling, executive producer, and singer-songwriter. She talks about her next upcoming match-up in the ring, what to expect from NWA 73 and NWA EmPowerr, and her opinion on WWE's missing mark with Evolution.

"We created Women's Wrestling Talk with the main goal of it being run by women, who showcase interviews and discuss women's wrestling," says show creator and host TK Trinidad. She also expressed interest in having Women's Wrestling Talk showcase wrestlers who also happened to be women from the indie scene to major promotions and everything in between.

The #1 Women's Wrestling Show on the planet, Women's Wrestling Talk, showcases the latest news as well as interviews and conversations with top female wrestlers and professionals across the industry. TK Trinidad is joined by show hosts Emily Mae Heller and Sarah the Rebel to talk to their guests, with episodes airing on various platforms such as YouTube and Anchor.fm in addition to FITE.