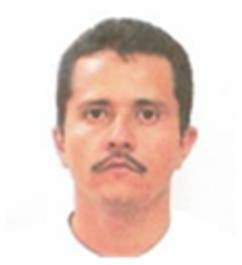 It is already a common understanding that the use of illegal drugs has economic, psychological, financial, and physical effects. Most of the users who are drug dependent are most of the time tended to have some mental issues and problems. In our present generation, most of the youths of today are exposed to different kinds of illegal drugs due to the changes in culture and environment. Every time an illegal drug is a subject for discussion, the first group that comes to mind is the Mexican Cartel.

In a recent article published in Fox News, according to U.S. Drug Enforcement Agency (DEA) agent Edward Follis said that they are now looking for a Mexican drug cartel head Ruben Nemesio Oseguera Cervantes or also known as El Mencho with $10 million reward. He is known to operate a drug cartel in the small towns in America.

Follis said that El Mencho has new tactics and strategies in distributing drugs in small towns in America which is very alarming. And in a nine-month investigation of the Louisville-Courier Journal, they found out that the Mexican Cartel has reached 35 states across America and infiltrating most of the small towns.

El Mencho is not only known for his drug cartel business but is also associated with other crimes such as kidnapping, terrorism, murder and even cannibalism. He leads the most violent drug cartel in the world, Cartel Jalisco Nueva Generacion (CJNG), and this group is also the largest criminal organization in the world. They have more than 5,000 members and have reached every side of the world except Antarctica.

Follis told the TV Host and personality Steve Doocy "He's taken his minions, his operatives, from Jalisco New Generation Cartel and dispatched them throughout the midwest, northeast, and southeast regions of America where there is this appetite, there this addiction, there's suburban rural desire and market for the retail market."

Follis explained that the strategy of El Mencho is not the same as with Joaquin El Chapo De Guzman who was arrested in July. El Chapo used to sell his drugs in wholesale while El Mencho is selling his drugs through retail in the streets, under the bridge, or any place in small towns in American where illegal drug is on high demand. This what makes this Mexican Drug Cartel able to infiltrate the sub-urban areas in small towns.

The strategy of El Mencho is very alarming because this makes drugs accessible to anyone, especially to the youth. In the previous article of Latin Post, an article was published about the risks brought by the daily usage of cocaine. It can lead to a person's death. Most of all, it was found out that most of the users are coming from the younger generation.

In the same article in Latin Post, it was also mentioned that one of the effects on the use of cocaine is a heart attack and stroke which is very alarming. The report was published after several records of death were found out that are associated with drugs.

Meanwhile, Follis said that El Mencho is taking now the selling of illegal drugs into a new way to make sure that it can reach the most vulnerable sector in the society, the poor and the youth. The Drug Enforcement Agency once again warned American citizens and its immigrants that they have to know the negative impacts of drugs in society. Mexican Drug Cartel of El Mencho is putting poison in the streets of America which makes it a very alarming issue. This must be addressed soon so that not to put the lives of every person in America either a native or an immigrant at risk.