LGBT-friendly Businesses in Mexico Has Nearly Doubled Since Last Year 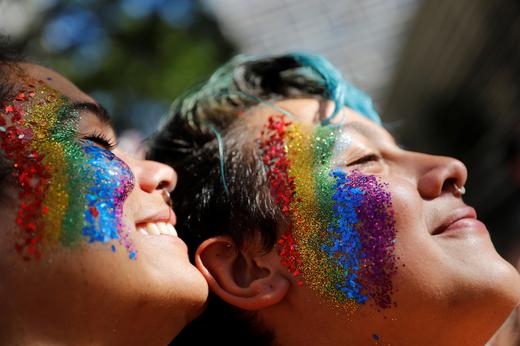 According to an advocacy group for LGBT rights, the total number of Mexican LGBT firms has been growing over the years. This has been inspired by businesses in the United States of America which are providing and expressing their support for LGBT manpower.

According to the previous year's statistics, the 69 businesses that supported LGBT employees has now increased to 120.

The statistics from the annual Equidad MX report produced by the Human Rights Campaign Foundation (HRC). It is a United States-based organization. It includes in one of its latest published articles the list of LGBT-friendly businesses for the year. Thirty-six are Mexican-based firms. Compared to last year's 15 Mexican LGBT firms making the list, it doubled in number this year.

Some of the United-based businesses which are LGBT-friendly were Uber, Walmart, and Nike.

The HRC had evaluated businesses by considering a firm's non-discriminatory practices and procedures. It also considered the efforts of the businesses in supporting the LGBT community. The report had been initially issued in the year 2017 in Mexico. During that year, thirty-two companies made the list.

According to a statement released by the HRC, the growing trend of the report's results showcases the big companies from the US which had exerted significant efforts in supporting the well-being of their diversified workforce. This had also inspired many businesses to live up to their example.

According to a partner to the report of HRC Francisco Robledo, the Mexican LGBT firms which had pioneered the campaign are positively influencing their stakeholders.

The illegality of discrimination based on the sexual orientation of a citizen in the country of Mexico had started its effectivity since the year 2003. Mexico is the second nation in the Latin American Region to have implemented such a ruling within its jurisdictions. The first country in Latin America to execute such law in Ecuador.

More than one-half of the thirty-two states of Mexico recognize gay matrimony as legal. In May this year, the highest court of the country had ruled that LGBT citizens are legally allowed to change the details regarding their genders in their government-issued documents.

Regardless of this high court ruling, the LGBT community in the country is still experiencing discrimination among society.

Based on a 2014 poll conducted by ADIL, thirty-five percent of the LGBT community are experiencing discrimination in their place of work. Ten percent of them said that they were relieved from work for their gender identity.

For this year, the HRC had recently piloted a list in Chile where fifteen businesses had made the list of the "Best Place to Work for the LGBT Community."