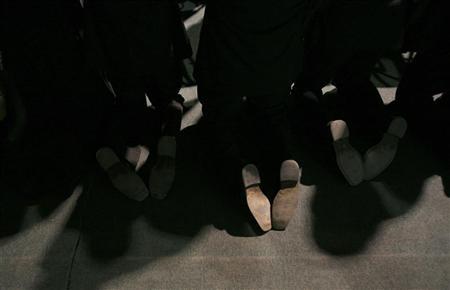 In the year 2006, Marcial Maciel was condemned to a life of repentance for the multiple accusations of sexual abuse to children.

In 2008, Marcial Maciel died at 87 years of age. His accusers were not able to face him.

According to the report published, there is a high chance that there are a greater number of abuses compared to the current records. The report also stated that there is a need for the statistics to be updated regularly. The procedure for the reparation and settlement had already started with 45 of the victims.

Based on the report, it was found that 6 of the 33 priests accused of abuse to minors had already faced death. The six had never been sent to trial. One of the 33 was condemned. One of the 33 is currently in line for a trial in a court and has already ended his relations with the religious organization.

The 18 accused priests are still affiliated with the religious group. However, they have retired from performing duties that would involve them with public interactions including children.

Also, 14 of the 33 priests of the religious organization were reported to have been victims of abuse themselves.

Many men from the 1940s to the 1960s had released to the public their accusations to Marcial Maciel regarding his sexual abuse to them while they were under the authority of the region's seminary.

In the year 2002, Marcial Maciel had refused the truthfulness of the accusations that many people were pointing at him. He described the acts that he was accused of as "repulsive behavior".

Pope Benedict XVI had asked Maciel in the year 2006 to retire from his duties as the leader of the Legionaries of Christ. The act of the pope was encouraged by the many accusations pointed to the now-deceased leader and founder of the Legionaries of Christ. The accusations toward Macial were later set aside by Pope John Paul II.

In 2008, after Maciel's passing, it was revealed that he was the biological father of multiple children.

According to Pope Francis in a statement he released on Tuesday, the rule of papal secrecy will no longer be effective in connecting to the sexual harassment of minors.

In the past, the Church had been keeping the cases of sexual harassment from the public to keep the privacy of the victims and preserve the dignity of those who were being accused of the said crime and immoral actions.

This rule is now revoked by the Church and everyone is now encouraged to share if they were victims of any kind of abuse.