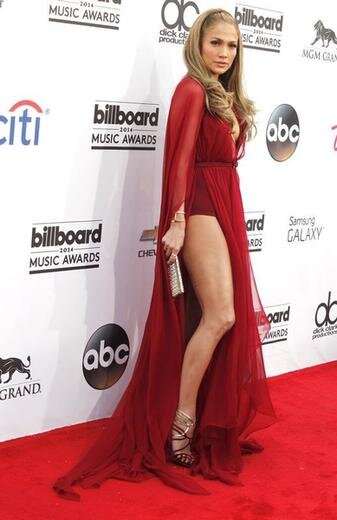 In her 50s, Jennifer Lopez is proud of showing off her beautiful shape on social media. The star from Hustler has never held back an opportunity to show off her perfect ensemble. She had recently uploaded a photo of her wearing two-piece sportswear while she was enjoying the warmth of the sun in Miami during the celebration of Christmas.

The photo was uploaded on the eve of Christmas. It was uploaded to her Instagram account. The photo included her standing beside a red-painted Porsche. Her red sports attire had matched the vehicle. She captioned her social media upload with "Baby, it's warm outside."

Her hair was styled in a bun. In the photo, she wore stylish round sunglasses that did not only protected her eyes from the sun's rays but also completed her whole look. Both a fashion accessory and a helpful tool against the sun's harmful rays.

In the caption, she included hashtags such as "#ChristmasMiami" and "#ChristmasEveSleigh." She also shared in her Instagram post that the photo was taken by Alex Rodriguez, her fiancé.

Lopez had also allowed her followers to have a sneak peek of her Christmas Eve celebration including the post of her breakfast which included a photo of her coffee and French toast. She captioned the post with a greeting for the morning after Christmas Eve.

It was not the first among the photos of JLo where her fiancé, Rodriguez had become her "photographer."

Last Sunday, Rodriguez had uploaded videos of the rehearsals of Jennifer Lopez. The uploaded videos were her preparation for her performance in the Super Bowl LIV. She will be teaming up with Shakira in the said event on the 2nd of February next year.

One of the videos showed JLo smiling while in a crowd of dancer youths in a parking space. This may be during their break time. Rodriguez had won the smiles of the young dancers as he distributed them some treats.

According to the caption of Rodriguez's uploaded video, he said that the young dancers wanted ice-cream. He included in the post the hashtag "#superbowlrehearsals." It was heard in the video that he was asking the group of dancers who would want ice-cream.

In another video that Rodriguez had uploaded, he had captured his fiancé doing a freestyle dance number with the background music of "Move Ya Body" sung by Nina Sky.

He had captioned the video with a statement saying that that is how he feels about shopping in the Christmas season. He also included his holiday greetings addressed to everyone in the post.

Jennifer Lopez had had a busy and productive 2019. She was nominated for the Golden Globe Awards for her participation in "Hustlers".

In November, she had shared that she is looking forward to her live gig in NFL.

She views the opportunity to perform at the Hard Rock Stadium in Miami as a milestone in her fruitful career. She is also proud of being a representation of the Latino community in the entertainment industry in the country.