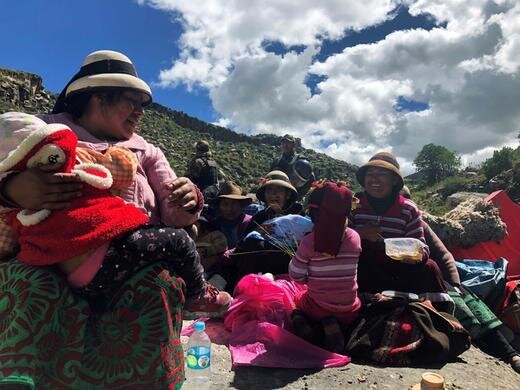 Peruvian artists collaborated to showcase the impact of climate change on the indigenous people in the country through the creation of a comic anthology.

The name of the comic anthology is Puro Pero. It consists of ninety-two pages of stories that were inspired by the stories from the knowledge of ancestors provided by the locals. The stories include the locals' traditions and myths. It was created to inspire the youth to be aware of the issues involving climate change and other environmental controversies.

According to the head of CESAL José Fernández Crespo, The comic starts with a story that depicts the effect of climate change in a global setting. The remaining chapters are set in different places in Peru.

CESAL is a non-government organization that piloted the La Vanguardia Project in the country. It had exerted intense efforts to showcase its support to multiple environmental issues such as the protection of riverbeds and agroforestry.

According to CESAL, one of the major objectives of the comics is to give light on the negative consequences of climate change in a global setting and on a per-region setting. The target readers of the comics are children but it also aims to influence a collaboration for development in Peru, specifically in the communities between Ucayali in the Amazon and Apurimac.

The first two chapters of the comics anthology express the worldwide effect of climate change while the remaining six chapters illustrate its effect on the region of Peru. The last six chapters included Peruvian stories.

The comic anthology is free. CESAL is distributing a hard copy of the comics all over Peru and there is also a digital one. It can be downloaded by anyone on the planet through a downloadable digital version available on the internet.

Climate change affects many aspects of the indigenous peoples' lifestyles.

Climate change affects the number of wildlife inland and in bodies of water where most indigenous people in Peru rely on for their source of food. The migratory schedules of animals and the meat and fish that these people had been eating for years are shifting and some of the animals are becoming endangered.

Clean and drinkable water from rivers is also shifting as some of the rivers in Peru are becoming endangered. One of the causes of the endangerment of some bodies of water in the region is the intense activities involving gas and oil explorations.

As food and water become scarce due to climate change, many heads of the families leave their area to work in the city to provide for their families. This means that wives are left behind to take care of their home while their husbands are away. This increases the stress levels of women because of the multiple works they had to accomplish every day by themselves.