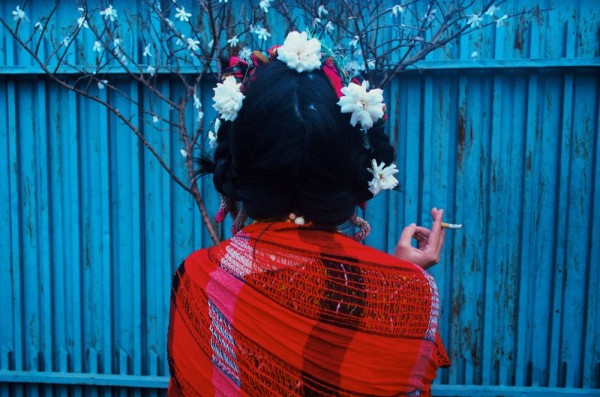 Calling all Frida Kahlo fans in Los Angeles and beyond!

More than six decades since the death of Frida Kahlo, a new play about her life titled, Frida: Stroke of Passion, is in the works but is quite controversial due to the way it portrays the Mexican artist's death, according to Remezcla.

Playwright Odalys Nanin claims the renowned artist perished by taking her own life rather than suffering from pulmonary embolism.

"It's a revealing look into the last week of Frida Kahlo's life and the mysterious cover up of who or what killed her," the playwright said in an interview.

When Kahlo died on July 13, 1954 at the age of 47 years old, her family announced the famed painter's official cause of death was pulmonary embolism. However, no autopsy was ever performed and her body was quickly cremated. This gave Nanin the reason to speculate that she may have died under different circumstances.

The play will illustrate the highlights of the Mexican icon's life, including her marriage with Diego Rivera and her alleged homosexual romances with Chavela Vargas, María Félix, Josephine Baker and several others. It will also show her difficult bout with mental, emotional and physical conditions.

According to the Nanin, Kahlo's battle with bronchopneumonia and the loss of her right leg gave her the feelings of frail and hopeless. This could be the reason why Kahlo expressed in a diary entry just days before her death her hopelessness and lack of reason to keep going, eventually leading her to commit suicide.

"I hope the exit is joyful - and I hope never to return," Kahlo wrote.

For Nanin, what initiated the spark of passion in her to write about Frida Kahlo was because she is also a lesbian Latinx and she relates to her courage and fearless determination to speak against injustice and to be the voice of the voiceless through her art and political activities.

"And above it all, it was the fact that no one had dared to explore the last week of her life," the playwright added.

According to an article by Latin Post, Kahlo has made a name in pop culture and is often identified as a Surrealist due to her uncompromising and vibrant self-portraits as well as her strong political statements, not to mention her most recognizable physical traits and remarkable sense of fashion.

The Mexican artist is often featured with her statement mustache, her unibrow, her hair braided into a crown and adorned with colorful flowers, and her bold, vibrant clothing. Even after her death, Kahlo has become a cult classic, leaving behind a public persona that has been widely referenced in movies, fashion, cafés, restaurants, street murals, soaps and other miscellaneous items, which has transcended the generations.

The first run of Frida: Stroke of Passion at Casa 0101 Theater in the Boyle Heights neighborhood of Los Angeles is set from February 7 to 9. The second run will be from February 14 to 16 at 8 p.m. on Fridays and Saturdays and at 2 p.m. on Sundays. For those interested to witness the controversial play, ticket prices start at $25.