10 Most Dangerous Cities Travelers Should Avoid 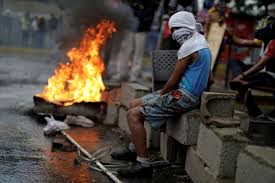 Traveling across national borders has become easier and more affordable. It's always good to stay in a new place for a while and take time to visit some of the city's tourist attractions. This has become a trend, most especially for young millennials.

However, there are cities that are not safe to visit. In this article, we will share 10 cities in the world that just are not friendly no matter what your intention is. Here they are:

The city was once a trade hub. Aleppo is also known for its ancient arts, sports, and schools. However, the once glamorous city became unsafe in 2011 as it became the front line for the Civil War in Syria. At present, it is still not advised to travel to the city because there are parts that remain under siege.

Venezuela is currently facing an economic depression which has not been seen in its history. Caracas is the country's capita,l which was once one of Venezuela's most visited places, but it has now become the home of violence and gang wars. And what makes this city undesirable to visit are the muggings and murder.

Kabul was once a place for trade and tourists from all corners of the world. It has beautiful gardens that cannot be compared to other countries, however, its current status right now has made the country less hospitable for travelers most especially those who are coming from western countries. The violence that is very rampant in the city is bombings, kidnappings, and general gang-related incidents.

This is a city where law enforcement is in the pocket of bad guys. This is the sad truth that is happening right now in Ciudad Juarez. Overall, the country is known for the flow of drugs and human trafficking. In the meantime, a traveler must avoid this city at all costs.

The city has one of the most beautiful sights to behold because of the stunning migration of various species which are very attractive. However, this city is now unsafe for foreign travelers because of war and violence throughout Juba.

South Africa has been one of the most tourist-friendly spots on the continent. However, Cape Town should be avoided as much as possible because of the increase in crime-related violence. One factor seen in this problem is the increasing population and poverty. It's possible to travel to the city but it should be in a large group and you have to avoid traveling at night.

In 2015, the city experienced a bombing that took place at several World Heritage sites. Since then, the country has been in economic and political turmoil. Foreigners are advised not to visit the city because they might become victims of an unprecedented terror attack.

10 years ago, the streets in the city were very safe and free from any crime and the city was once a popular tourist destination. However, the city has recently become a place for gang activity and drug smuggling that put the city on lockdown. Travelers can still come and enjoy the beautiful beaches in the city, but they have to do it at their own risk.

9. Kinshasa, The Democratic Republic of Congo

The Virunga Mountains in Congo used to invite travelers and nature lovers from around the world because of the majestic gorillas, but the place is not safe anymore. Congo has been in economic and political instability and the city's crime and gang-related incidents have spiked over the years.

The city is tormented by drug cartels, drug-related violence, and gang activity. The city remains one of the most visited places despite a high murder rate, robberies, muggings, and rapes.