NBA Trade Rumors: Kevin Love and Tristan Thompson Might Be On Their Way Out of Cleveland 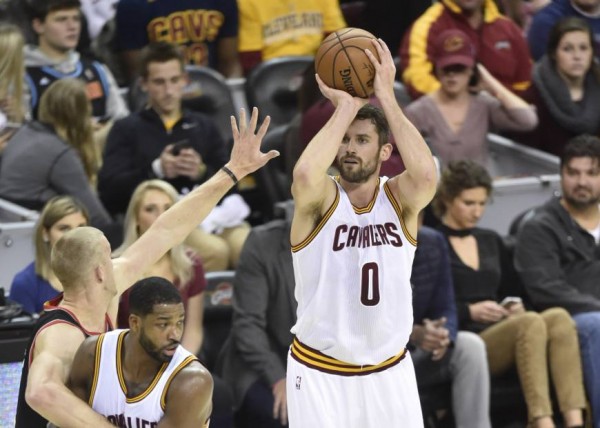 Speculations are circling around the management of the Cleveland Cavaliers that there might be big changes in the team's roster of players. Kevin Love and Tristan Thompson might be on their way out of Cleveland according to the latest NBA trade rumors, Latin Times reports.

According to a news outlet, the trade rumor of the team from the locker room of the Cavaliers. There are players on the team who felt that the organization is about to trade the two players before the upcoming trade deadline set by the NBA.

However, it is not surprising that the two stars, the longest-tenured stars, will be traded because they have been in the rumor mill since Kevin Love signed his 4-year extension in 2018. Kevin Love and Tristan Thompson both played with NBA star Lebron James and were part of the key players that brought an NBA championship title to Cleveland.

Meanwhile, Tristan Thompson might become a free agent after this season and it is better for the team to trade him to other teams to get another player in return rather than lose him during the off-season without getting any player in return.

Tristan Thompson and Kevin Love are doing better for the team, though Cleveland is struggling when it comes to its ranking in the NBA. Tristan Thompson averages 10.9 points per game, 20.4 rebounds, and 2.1 assists and is said to be shaping up as a career-high this season for the star.

While Kevin Love is also doing better for the team. He averages 17.4 points per game, 9.8 rebounds, and 2.9 assists per game this season. Love also shoots 37.9 percent from deep and 45.2 percent from the field. He also recorded a career-high in the three-point range this season where he averages 2.6 per game.

According to a report from The Athletic, there might be some issues as to why Kevin Love will leave the organization. It was reported that he had expressed his "displeasure and disgust with the organization by an emotional verbal outburst directed toward general manager Koby Altman," after a game on Jan. 4.

The Athletic also reported that "Love was screaming in front of teammates and Cavs coaches and front-office members that there was 'no feel here'."

If it is true that Kevin Love desires to be traded to other teams due to his frustrations, it will come as a big loss for the team. Love is a one-time rebounding champ, five-time NBA All-Star, and an NBA Champion along side Tristan Thompson, Kyrie Erving, and Lebron James.

Moreover, the speculation of his desire to be traded became more suspicious when he posted a photo on social media of Joaquin Phoenix as the "Joker" with the caption "Mood."

Trading of players in the NBA is done before the set schedule to boost the campaign of the team before the NBA Playoffs. There are instances also where players requested a trade because they are no longer happy in the organization.

Either way, this is shaping up to be a good story as both Love and Thompson are high-value players.