Today is International Women's Day, so maybe you need to spend a few hours promoting the woman director.

We have several examples to show you of systematic methods to the underestimation and undervaluation of women filmmakers in general and Latino filmmakers in particular all over the globe.

Nevertheless, for the Women's History Month, the success of creative Latinas worldwide, flourishing on enthusiastic film work raising the expectations of entertainment industries all over the globe, would be more important to commemorate.

Keeping this in mind, we have assembled a selection of movies directed by Latina filmmakers over the past two decades which you can watch this month.

If you are looking for a chick flick twist about moving on over a guy, an arduous document about a political deadlock in Brazil, or a sweet age tale about America Ferrera, you are served by Latina director.

See our small list below and take time to review an old favorite or seek a brand new one. 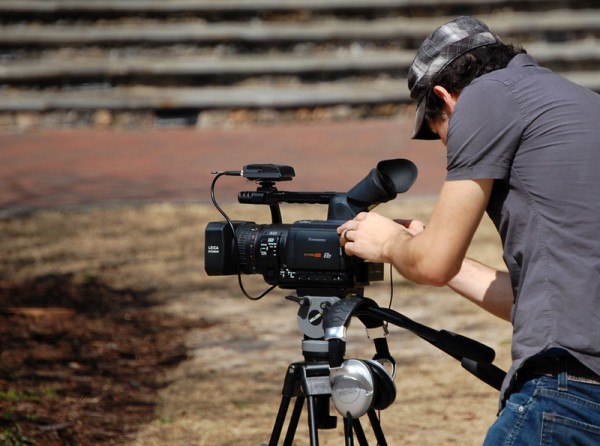 The movie was made in 2015 and is directed by Anna Muylaert. A live-in maid, Val who had a job in Sao Paulo was an impressive role taken by Regina Case. The presence of the daughter of Val, whom she hasn't seen for ages, triggers a family revolt.

Film critic and writer Anne Muylaert has produced a careful script and directed the actors, with a huge payoff. Que horas ela volta? has been submitted by Brazil in the Best Language Film category for the 88th Academy awards. The production highlights societal inequalities and looks at differences in generation.

Centered on a similarly named success by Josefina López, Real Women Have Curves by Patricia Cardoso was an instant-classical when it debuted at the Film Festival in Sundance in 2002.

Based in East L.A., the story focuses on the young girl, Ana Garcia, who has warped between her dreams and the dream that her family has drawn for her.

Together with her friend, running away to see her sweetheart in high school and eventually having to deal with her parents over their intention to move to school in New York, Ana provides an overview to the experiences of Latino immigrants from the first generation.

In Argentina, Nico's a famous celebrity, but no one really takes notice of him in New York. He has to juggle bartending, baby sitting, and risky work after a great career in his homeland to potentially make it in the Big Apple.

He places a different persona in every role Nico brings on to fit in. In a touching portrayal of this vibrant city, the moving aspect of Director Julia Solomonoff portrays an immigrant isolation. In the center of the oblivious concrete jungle, Nico experiences the challenge of finding a home and finding himself.

Heartaches are sufficient to elevate a whole life. As her husband, Matias, ceremoniously dumps Maria she seems to have died.

Maria soon takes counsel and decided to turn her hurt and determination to the form of writing she always thought of making, when she was practically dead-end as a copywriter in an ad agency in Lima.

This is how Maria's website, "Soltera Codiciada," is formed. Maria quickly finds her life in this moving comedy of rediscovery and strength among friends, as she writes each feeling.

The Edge of Democracy

Brazil had established its democratic base in 1985 and then, in 2002, elected a highly popular political disruptor, Luiz Inácio Lula da Silva, a coal miner activist who had been imprisoned by a military dictatorship. Twenty million Brazilians have been raised from poverty during his leadership and his nation has risen to global prominence.

Dilma Rousseff, a formidable female insurgent, was given the Presidential baton in 2010. But underneath their cheerful reputation, rumors of nationalist anger and political corruption washed into the stream- many of which was promoted by the partisan judge who delivered shocking, deeply flawed corruption reports to prominent politicians and interest groups that threatened Lula, Dilma and anyone else who declined to scratch the support of them.

The Edge of Democracy is particularly closely linked to the struggling leaders of Brazil, which are confronted by a scandal that comes from the authoritarian history of their country and is inflamed by a furious and ideological population.