Refugees Who Remain in Mexico Can Not Find Lawyers 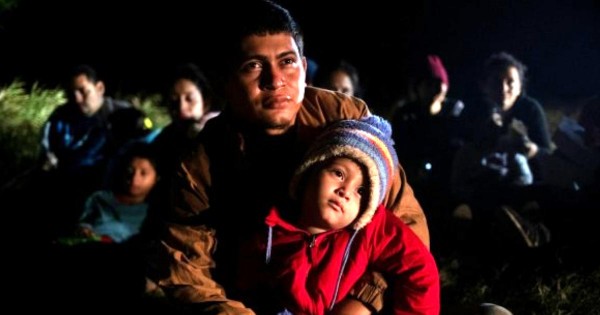 A Salvadoran mother with three children called and called, she said that nobody answered the phone call and she just heard the dreaded on-hold music. This is the sad story for many immigrants hoping to pass in to the United States via the court system.

One person has claimed that he repeatedly tried the names of US Customs and Border Protection lawyers on the list of free or inexpensive attorneys. Yet nobody responded, and he began to look at Tijuana lawyers, who considered him deceptive. The Judge cautioned that Mexican lawyers would not be permitted to practice in the United States.

One after the other, El Salvador and Honduras asylum seekers who have been awaiting the court trials in the United States in Mexico reported before Judge Lee O'Connor to justify why they were unable to hire an attorney despite months of effort.

Families of the asylum seekers who were already in the United States have been spending hours contacting and following up for their appeals. Asylum seekers are eligible to hire lawyers, however, the state won't be paying anybody who simply can not afford it in a criminal trial court. Usually, a private lawyer costs approximately $7,000.

There have been a variety of other drawbacks, from the absence of Mexican insurance to security issues. Many people seeking asylum do not have mobile phones and often travel regularly.

The absence of lawyers makes it easier to understand how only 4% of Mexico's decisions proceeded in asylum, whereas the national grant average for 2019 was 29%.

According to the Syracuse University's Transactional Records Access Clearinghouse, only 5.3% of asylum seekers who were legally considered to be subjected to the Migrant Protection Protocols have been provided legal practitioners by the end of January, compared with 85% for asylum seekers across the state.

The San Diego proceedings were cancelled on Friday without reason, hours after Governor Gavin Newsom had advised 40 million people to stay home until further notice, however the courtroom stayed open.

Ashley Tabaddor, president of the National Association of Immigration Judges, even said that the prosecutors in San Diego suspended proceedings until next Friday due to coronavirus. She had no idea whether judges postponed trials in several other border courts.

This virus poses further obstacles, as legal practitioners deal with possible exposure in small courthouses and a ban for at least 30 days on non-essential travels to Mexico. Several courts have been shut down but Mexico has maintained its proceedings in the Justice Department's Executive Office for the Immigration Review.

The list is open to asylum seekers who are returning to Mexico and who have trial dates at a tent court in Laredo, Texas, around two hours drive from San Antonio. Neither of the seven juridical organisations accepts Remain in Mexico cases so they keep themselves off the list to prevent being cut off from their other clients.

Meeting clients in Mexico is a major undertaking for lawyers. The Judge of San Diego, O'Connor, asked a prosecutor how much time she had been sitting in her car after a visit to her client, amazed of how it took two hours for her to get there.