After Missing for More Than a Week, Mexican Journalist Was Found Beheaded at Seaside Resort 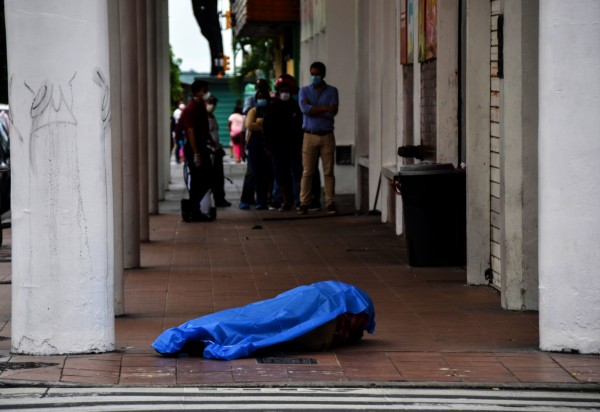 A Mexican journalist named Victor Fernando Alvarez was found dead in the southern state of Guerrero on Saturday--more than a week after he was reported missing.

According to a media outlet, the journalist was found beheaded close to where his family last saw him. Authorities previously found a limb in the Acapulco municipality. After conducting forensic tests, the limb and the remains were confirmed to be Alvarez.

Reporters Without Borders, a non-profit organization promoting freedom of the press, revealed the journalist had been receiving threats before his disappearance. They believe he was killed by one of the many organized crime syndicates in Mexico.

Mexico is largely considered one of the world's most dangerous countries for journalists.

On January 8, 2020, authorities found a bullet-riddled corpse of radio presenter Fidel Avila Gomez, the first reporter murdered in 2020. His body was found thrown in a ditch in Tierra Caliente---a region known for producing heroin.

Avila was reported missing in November 2019. He is the seventh journalist to be murdered in the Michoacan state since 2006. Meanwhile, the sex reporters before him were never found, joining the ranks of an estimated 62,000 others.

Authorities did not immediately comment on possible motives behind his death. A relative, however, believes it is connected to La Familia Michiacana, an organized crime group. It is also possible that Avila as murdered after being unable or unwilling to pay the gang's 'protection money.'

On March 30, 2020, a female reporter was gunned and killed in broad daylight in Veracruz. Maria Elena Ferral was shot by two unidentified men on a motorcycle while leaving the local notary. Authorities rushed her to the hospital, where she died while receiving medical treatment.

Ferral's daughter said the reporter had been receiving death threats after she covered the murders of several mayoral candidates in Gutierrez Zamora.

Basilio Camerino Picazo Perez, a former candidate for state congress, reportedly threatened to kidnap and kill Ferral in 2016. The state Public Security initially assigned her a bodyguard, but later removed the protection after determining "she had not made good use of it."

Mexican President Andres Manuel Lopez Obrador promised to 'pacify' the growing violence against reporters when he took office in December 2018. He has yet to address the security crisis.

His inaction has led to a surge in the number of murders, with this year already looking to be another bloody year.

Velazquez was shot in the face in the city of Los Mochis on December 19, 2019. The attack reportedly happened after the blogger received a threat from the mayor's close collaborator.

A passerby filmed him staggering in a grocery store, covered in blood. He has since accused Los Mochis Mayor Manuel Guillermo Chapman Moreno of ordering the hit. He was given government protection after the attack.

Velazquez narrated his attack in an interview with Elisa Anais on February 8, 2020. Watch the video here: