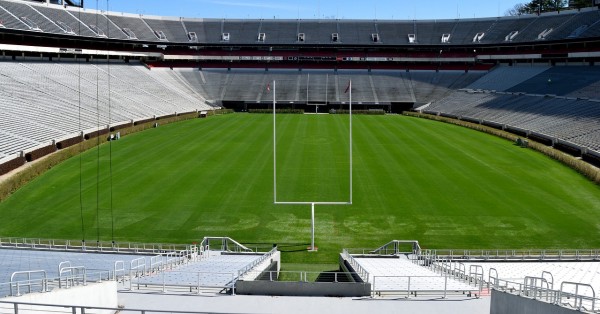 The COVID-19 pandemic has disrupted economies, and paralyzed industries and the sports industry is not an exemption. The postponement of soccer and other sports events has resulted in billions of dollars of loss, particularly for England, Spain, Germany, Italy, France, Mexico, Brazil, Argentina, and the United States.

Empty, silent stadiums mean fans won't get to watch Barcelona's Lionel Messi, James Harden of the Houston Rockets, the NBA, or the 500-mile race, and the most traditional race in the Nascar Series.

A recent article suggests one possible way out of this global crisis is to return to closed-door matches with a standard universal protocol if there is a slight improvement in the number of cases of the coronavirus.

The loss may not be evident to ordinary citizens. Still, these are all translated into empty stadiums, where no one sells tickets or food, drinks or merchandise, the decline in the value of television broadcasting rights, the fall of sponsorship contracts, and the halting of all sports betting and logistics for the execution of matches.

This vicious cycle is a significant blow to players, technical directors, and their assistants, the staff employed in institutions and companies.

Soccer, one of the most popular sports in the world, suffers the most amid the coronavirus pandemic, as all its income has been frozen. If the football season does not end, it is forecasted the English Premier League will report losses of 1.8 billion euros.

Likewise, if the ball continues to be halted, the Spanish League will stop earning 1.3 billion euros, and the German Bundesliga will no longer have 1.2 billion euros of income.

Due to the cancellation of the MX League, losses have reached 700 million dollars, making it the most affected football tournament in Latin America. Brazil has already reported a loss of 460 million dollars in revenue, and Argentina has a drop of more than 325 million dollars.

According to a recently published Latin Post article, Mexico's leading football league, Liga MX, is trying to uplift the industry by launching an eSports tournament dubbed, "eLIGA MX." The competition will be participated in by the 18 clubs of the first division of Mexico, who will have to choose three of their players as representatives. Week by week, one of them will be the one who plays the day.

The tournament will be played through the PlayStation 4 video game FIFA20. Footballers Pumas, Cruz Azul, Querétaro, Atlas, and Santos have already agreed to reduce the salaries of their players.

Meanwhile, Lionel Messi, the Argentinean soccer star, announced through his social networks a 70 percent reduction in the salary of all Barcelona soccer players during the contingency in Spain. Even Betis, where Mexico's Andrés Guardado and Diego Lainez play, reduced their players' wages by 15 percent.

In Italy, Juventus have decided to cut the salary of their staff to save 90 million euros.

READ MORE: Dana White's Plans to Secure A Private Island For UFC Fights Is Only Days Away

Apart from soccer, the global crisis has also reached the main U.S. sports leagues. Below are the affected events and their corresponding losses:

As COVID-19 cases continue to surge worldwide, the future of the sports industry is still uncertain, and all we could do for now is watch the replay of our favorite sports events.