It is a common habit that parents transfer customs from their culture or childhood on to their children. However, some of these old-school traditions are no longer effective in this day and age. Some of every culture-specific customs also don't translate into the general public.

Growing up in a somehow traditional Hispanic family, Michelle Regalado of Mamas Latinas shared what it's like. Regalado's parents were born and spent two decades of their lives in El Salvador.

Her parents would establish habits in their household that, according to her, were super Latino. Michelle and her sister didn't even truly realize it until they were either embarrassed or they somehow came to a conclusion on their own when they became older. 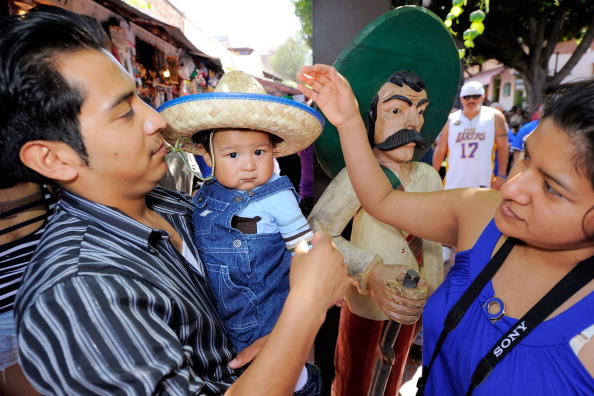 Looking back to all the silly situations and laughs made Regalado thought they are worth sharing. Here are her shared five super Latino habits you might not realize you are imposing on your children, according to Mamas Latinas.

As Regalado and her sister were used to bringing beans to school as part of their lunch, other children are expected to be disgusted by what they are eating and cause embarrassment.

After a few incidents, her sister told the same story, and their mom started to stick with turkey sandwiches instead.

Saying certain words only in Spanish

Given that Latinos are more dependent on using Spanish than English, it is expected that parents would say things in Spanish probably because they don't know or are unsure of the right way to tell a particular word or phrase in English. This would further result in a Latino habit that parents could pass on to their children, just like how Regalado got that habit.

"For the first few years of my life, I thought the only way to describe someone being bratty and temperamental was by calling them 'capriccioso,'" Regalado noted.

Assuming every mom is a fantastic cook

Michelle does think that every mom is good at cooking as she grew up that her mom can stir up a fantastic dinner without a recipe. It is a Latino habit that you would expect that every mom can cook as Regalado grew up with an incredible baker and her aunts also have specialty dishes.

MDPA Magazine says that one of the elements of Latino culture they most want to retain even if they are immigrants or U.S.-born is their recipes and food.

Latino New Briefs wrote that Latinos' passion for food is developed at an early age and influenced by their mothers. Because of that culture, cooking pays more than a functional role in a Latina mother's life, reflecting who a woman is as a mom.

In a Yankelovich Banktract report in 2010, 81 percent of Hispanics aged 16 and above agreed that they "put a lot of emotion and care into their cooking."

Regalado parents used to roll their "r" s in funny places that she also did. While discovering that this Latino habit is not unusual, Regalado also knew that rolling your tongue is not something that most people can do.

According to the Linguistic Society, some people have problems with sounds that don't exist in the language that they first learned as a young child. Individuals are capable of both producing and perceiving all the sounds of all human languages.

In infancy, a child knows what sounds are essential in her language and will disregard the rest. The older a person gets, the harder it becomes to learn the part of a different language.

"Do you understand lo que Estoy diciendo? Como que you don't get it?" Michelle shared a sample of a statement wherein it is a particularly Latino habit that messages were started in English but ended up in Spanish and vice versa.

Latin Post reported in 2014 that the third-generation Latinos are less likely to speak Spanish in the future because they find their roots more in the English language.

Philip M. Carter, Florida International University's assistant professor of linguistics, explained that language is just about culture, identity, value, context, emotion, usage, and behavior. Kids learn in a school setting that the only language that matters in this society is English.

6 Latin Cocktails You Can Make While at Home, Expert Mixologists Suggest

Facts About US Latinos For Hispanic Heritage Month

© 2022 Latin Post. All rights reserved. Do not reproduce without permission.
Most Popular
Our Picks
In Other News
US News
Son of Pablo Escobar, Leader of Colombia's Medellin Cartel, Joins Celebrities Available to Send Special Messages
US News
Texas Jail Escapee Arrested While Trying to Flee to Mexico on Foot
US News
Jalisco Cartel Official 'Don Carlos' Who Receives Direct Orders From Boss 'El Mencho' Arrested in Mexico
US News
Ukraine President Volodymyr Zelensky Blasts Joe Biden After Ordering U.S. Citizens to Evacuate; Says 'Americans are Safer in Kyiv' Than in Los Angeles – Source