4 Latino Directors Whose Movies You Need To Watch 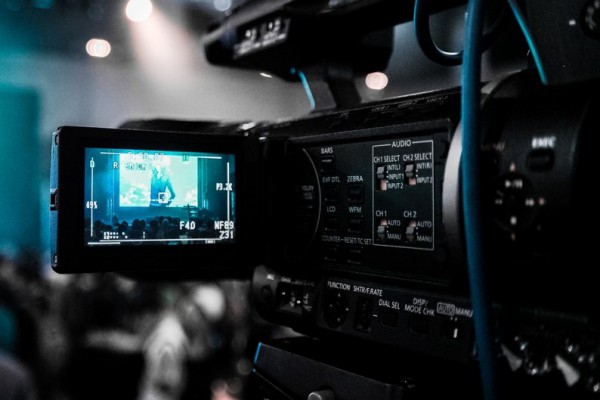 In the show business, where White Americans lead most productions, seeing diversity with Latino directors or Black lead actors is a breath of fresh air.

It's not a secret that Hollywood is scarce of diversity. It was even noted by the New York Times in its 2019 report that less than five percent of Hollywood speaking roles were of Latino actors.

Producers, directors, and casting executives also fared low numbers. So it's natural to look for Black or Latino representation and recognition.

There are truly amazing people of color who pave the way for many racial minorities who aspire to be directors, producers, and actors.

Hopefully, these changes are just the beginning of having a Hollywood with a culturally diverse pool of directors who live by their place in the director's chairs.

Here are some of our favorite Latino directors and whose works you should add to your next movie binge, as noted by We Are Mitu:

Working for Pixar Animation Studios in the well-received "Toy Story 3," Adrian Molina is no stranger to quality animated films.

Under his belt, other masterpieces to some capacity were "Monsters University," "Ratatouille," and "The Good Dinosaur." But "Coco" is perhaps his most notable co-directing and co-writing role.

He told Remezcla that he used his own experience with family and culture to tackle the story challenges in "Coco" during the film's development.

The work certainly paid off as "Coco" became Mexico's highest-grossing movie of all time during its debut.

She graduated from the University of California, Berkeley, with a degree in Psychology and Chicano studies, noted We Are Mitu.

Her debut narrative film "Mosquita y Mari," which she wrote and directed, traveled over 100 film festivals and garnered multiple awards, including Best First Feature at Outfest and a Spirit Award and GLAAD nomination for Best Film under 500k.

She's dabbled in many other projects, including Netflix teen drama "13 Reasons Why," noted Film Independent.

Before becoming a director, Alfonso Arau first started his career as an actor with stints in "The Wild Bunch," "Three Amigos," and "Romancing the Stone."

Some of his most notable works in directing were "A Walk in the Clouds" in 1995, and "Like Water for Chocolate" in 1992.

The latter became the highest-grossing foreign-language film ever released in the U.S. and Canada at the time, noted Deadline.

Argentine director Juan José Campanella has not only been considered as an established and prominent director in his country but is also gaining more international recognition, as said an article from Screen Rant.

"My childhood was a long, drawn-out fantasy made of films and comic strips," he told Revista Panorama.

He recalled being "a body at the hands of a crazy imagination" as he thought of various characters or heroes in Argentine comic strips: Capicúa, Piantadino, and Pepe Sánchez.

However, his most prominent work to date is the 2009 mystery-thriller "The Secret in Their Eyes," which won the Academy Award that time.