Leading prosthetics developer Motorica has teamed up with sports brand Nike to highlight the value and potential of more inclusive sports programs through their short film "Sport without exception."

Nike Box MSK, chain retailer of authentic Nike apparel based in Russia, worked with Motorica to release the short film that shows different kids, who, despite losing their hands, play sports with as much enthusiasm and fervor as any other kid their age. "Sport without exception" is only a window into the inclusive initiative that also includes a series of educational videos for coaches and a children's sports festival last May at the Nike Box MSK location in Moscow, Russia. 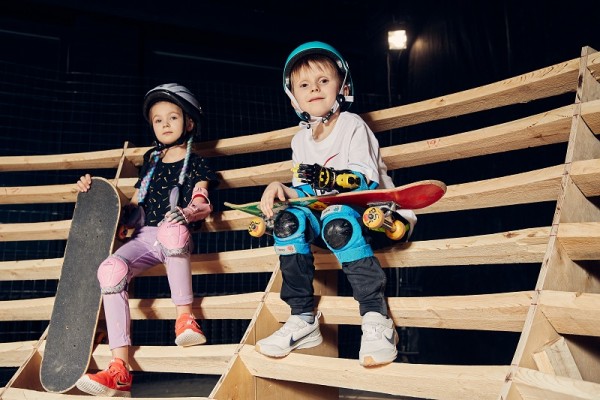 To Make a Sport Without Exception, for Everyone

In its press release, Motorica explains that millions of people around the world live life without hands - among them children born with congenital disorders and those who had to go through amputations early in life. In Russia, where both Motorica and Nike Box MSK are based, a survey among parents reveals that one of the most common problems faced by children without hands is the lack of opportunities to play sports. The survey explains that not all coaches are ready to take responsibility for the safety of these kids, aside from other psychological factors in play and the overall need for regulation and documentation to offer opportunities.

It has prompted Motorica, a company focused on the research and development of modern medicinal technologies and functional prosthetics, to launch a global initiative that aims to support people with special needs and give them a chance at a better quality of life, health, and overall well being. In this campaign, Nike's first global corporation to heed the call, showing its interest in promoting a sport without exception through its organization in Russia.

Nike Box MSK cites the iconic quote from track and field coach and Nike co-founder Bill Bowerman: "If you have a body, you are an athlete." Together with the functional prosthetics from Motorica, the initiative sets out to show that there are no limits in sports that can't be conquered.

A Brighter Future for "Motoricans" Everywhere

At the center of the "Sport without exception" short film are the so-called "Motoricans" - children with prosthetic hands who continue to play and enjoy sports despite the difficulties they face. Across the 7:50 short film, these kids play football at the FC Spartak Academy, do yoga, learn skateboard tricks, do new dance routines, create positions in chess, and set personal bests in swimming.

The film is complimented by a set of educational shorts featuring coaches who work with these Motoricans, showing that these kids who lost their hands can still participate in general groups normally - without the need to create additional conditions to accommodate them.

Motorica is a startup that is also a resident of the Skolkovo Innovation Center, Russia's high technology business center located at its capital. The company develops and manufactures bionic and traction prosthetics for both children and adults, aside from nurturing an ecosystem of rehabilitation aids for its users. Since it was founded in 2016, Motorica has already produced over 2,500 prostheses, including unique and custom-made prosthetics for children who were previously refused elsewhere due to the complexity of their case or the lack of appropriate solutions.

Watch "Sports without exceptions" from Nike Box MSK and Motorica below:

RELATED ARTICLE: Latinas With Disabilities Making an Impact in the Beauty and Fashion Industry