After a week of meaningful festivities, Harlem Week concluded last Sunday, Aug. 15, closing its curtains with a high-energy event that showcased the culture and diversity of the historic neighborhood.

One of its segments is the Uptown Night Market, which was originally set to launch for July 8, but this year's scheduled festivities were delayed by Tropical Storm Elsa that battered New York and its neighboring areas. Now, the famed night market has found its new home, coinciding with this year's Harlem Week that ran from Aug. 8 to 15. 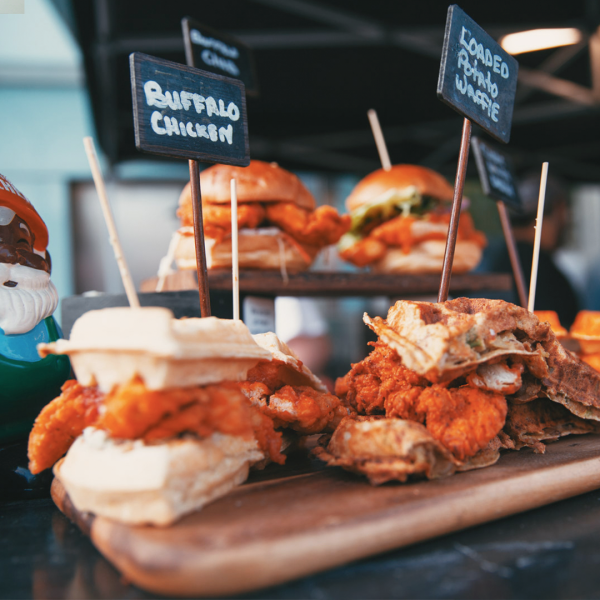 The MASC Hospitality group, known as the creators of crowd favorite events Bronx Night Market and Fordham Flea, has worked with the West Harlem Development Corporation to launch the large open-air gastronomical festival in West Harlem. The food fest was held on the historic Harlem Arches between 12th Avenue and 135th, August 12, from 4 PM to 10 PM local time.

In the grandiose food festival, Harlem Week welcomes 50 of the city's best food and drinks, as well as art and various merchandise, in a celebration of its evolving and unique culture. Harlem has been a melting pot of various cultures, including African-American, African, Hispanic, and European.

Additionally, a musical lineup for the event was also prepared, thanks to the local nonprofit Harlem Late Night Jazz. The performances will include master conguero Joaquin Pozo, saxophone virtuoso David Lee Jones, the Soul Power Band, and the legendary DJ Stormin Norman.

"We had to postpone the last minute on the original date, which was very upsetting to the community and our partners," said Marco Shalma, Uptown Night Market Executive Producer. "But we took the time to refocus and go, as they say - go big or go home. This party is going to be insane."

More information and future schedules are available at the Uptown Night Market website.

About the Harlem Week

Harlem Week is an annual celebration of the culture and history of Harlem, the neighborhood in Upper Manhattan, New York. It is a celebration of different cultures that have been a part of the area's rich history - African-American, African, Caribbean, Hispanic, and European - with events catering to the arts, religion, culture, business, sports, and entertainment.

The annual celebration, which lasts for a week, began in 1974 as Harlem Day. It was originally a one-day event focused on fostering fellowship and support in Harlem and other parts of New York. Throughout the years, its success has expanded and has necessitated more events, which led to Harlem Day becoming the highly anticipated Harlem Week.

© 2021 Latin Post. All rights reserved. Do not reproduce without permission.
Most Popular
Our Picks
In Other News
US News
Gabby Petito's Missing Fiance 'Spotted' in Canada; Florida Police Check Brian Laundrie's Home After Report of Gunshots
US News
Female U.S. Soldier Assaulted by Group of Afghan Refugees at Fort Bliss; FBI Launches Investigation
US News
Florida Teachers Can't Receive $1000 Salary Bonus Due To Insufficient Funds! State Announces Possible Reason
World
Perpetual Etude Returns With Sophomore Track 'Once We Were One'