In September, groups delivered over 40,000 petition signatures demanding Biden to nominate a Federal Reserve Chair who will account for climate risk. In recent months, dozens of organizations sent letters to President Biden calling for Fed nominees that would act to address climate risk, as well as to ensure a strong economy and combat systemic racism. In late October, activists protested outside Federal Reserve branches calling for Fed Chair Jerome Powell to not be renominated. 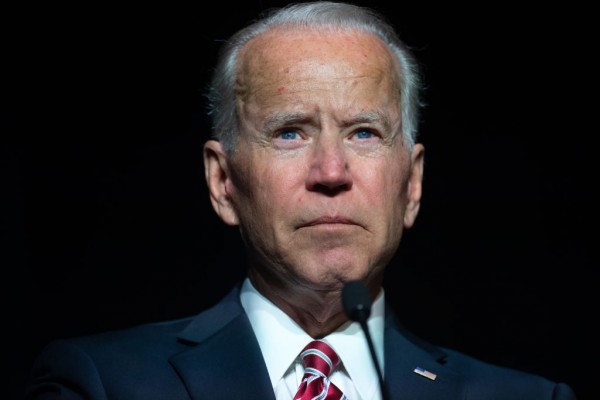 Brooke Harper with 350.org said: "With climate disasters pummeling our communities, the Federal Reserve must account for climate risk. While we're disappointed in Powell's incrementalism on climate, we're making our demands heard: the Federal Reserve must steer the economy away from high-risk fossil fuel investments, incorporate a climate stress test across policies and lending, and prioritize racial justice, including through full employment. Powell's mandate to protect our economy includes protecting our communities from climate catastrophe. We look forward to working with Powell in his continued tenure as Fed Chair, as well as  Lael Brainard."

Ben Cushing, Fossil-Free Finance Campaign Manager, Sierra Club said: "The Fed has an obligation to help protect the economy and the financial system from the growing dangers of climate change, and to do so in a just and equitable manner. To date, the Fed has failed to adequately deploy the tools available to address the threat climate change poses to our economy, and this inaction is putting us all at risk. We are encouraged to see Governor Brainard being elevated to the role of Vice Chair, and it is essential that President Biden nominate additional board members, including the Vice Chair of Supervision, that will act to address climate-related threats to our economy. We will also be paying close attention during the confirmation process to see how Chairman Powell intends to use the Fed's authority to protect communities, small businesses, pensions, and families from a climate-driven financial crisis."

"Now more than ever it is imperative that Chairman Powell steps up and meets expectations and prioritizes bold climate action. Financial policy and regulation is one area where the Fed has a myriad of existing authority that allows it to take the decisive and necessary steps to attenuate further climate chaos. We cannot allow the financial system to operate unchecked and wreak any more havoc on frontline communities than they already have," said Amy Gray, Senior Climate Finance Strategist at Stand.earth.

Jeff Hauser, Executive Director at Revolving Door Project said: "The country already faces a steep climb to a just transition. Powell has consistently made clear his disinterest in using the Federal Reserve's power to mitigate climate-related financial risk. With his decision to reappoint Federal Reserve Chair Jerome Powell to another four-year term, President Biden has needlessly added an additional obstacle to that path. Biden has given Powell effective veto power over his other picks, who are likely more closely aligned with Biden on the urgency of the climate crisis. We urge the Administration to minimize Trump's deregulatory Federal Reserve legacy and make a regulatory expert like Sarah Bloom Raskin Vice Chair for Supervision and elevated a rising star such as Dr. Lisa Cook to the Board of Governors.

In the meantime, Senate Democrats must demand Powell step entirely away from the ethics investigation into his own wrongdoing and commit to acceding to all supervision related resource and agenda requests from the Vice Chair for Supervision."

"By renominating Powell, who has repeatedly minimized central banks' role in addressing the climate crisis, Biden has missed a rare opportunity to appoint diverse and transformational leaders to the Fed. But by now it should be clear that addressing climate-related financial risk falls squarely within the Fed's mandate to promote full employment, and ensure price and financial stability. We hope that Powell and the Fed will heed the warnings of economists, politicians and civil society groups, and start using its toolkit to protect our economy and our communities from a climate-driven financial crisis," said Akiksha Chatterji, Digital Campaigner at Positive Money US.

"The world's scientists have made it abundantly clear in the recent IPCC 6th Assessment that the world must transition beyond fossil fuels rapidly - largely in the next decade, to avoid a terrible escalation of climate disasters, which are already hurting Colorado's people and economy," said Micah Parkin, Executive Director of 350 Colorado. "So we are joining other organizations nationwide in calling on the Federal Reserve and other banking regulators and policymakers to stop financing the fossil fuel companies fueling the climate crisis."

"The silver lining is Biden's elevation of Lael Brainard to Vice Chair. Brainard has shown significantly more leadership across the Fed's missions and has influenced Powell for the better.

The President has three more seats to fill. He should quickly nominate individuals like Sarah Bloom Raskin and Lisa Cook who will improve the Board's diversity and work to fulfill its full mission. Powell should defer to the leadership of Brainard and others on financial regulation and climate. If he refuses, they should use their majority votes to steer the Fed toward responsible action."

© 2021 Latin Post. All rights reserved. Do not reproduce without permission.
Most Popular
Our Picks
In Other News
US News
Los Zetas Cartel Boss Is a Mexico Top Cop; Authorities Are Now Looking for Him
US News
Taliban Conducted Summary Executions of Former Soldiers, Police; U.S. and Other Countries Condemn the Act
US News
Brazil Supreme Court Investigates Bolsonaro's COVID-19 Vaccine Claim! Bralizian President Defends His Livestream
US News
Rare Sea Turtle From Gulf of Mexico Found on UK Beach! Experts Say It's a Sign of Kemp's Ridley Sea Turtle Recovery