Brazil is currently in shambles after massive floodings and landslides forced thousands of residents in Minas Gerais state. Authorities also said that at least 15 people already died between Jan. 9 and Jan. 11. 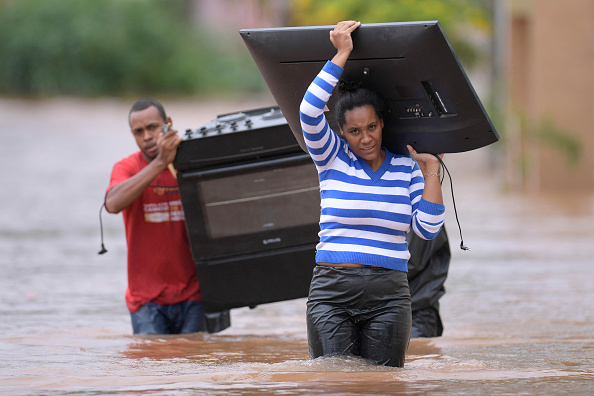 (Photo by DOUGLAS MAGNO/AFP via Getty Images)
TOPSHOT - People wade through the water as they remove belongings from their homes in the flooded Brazilian municipality of Juatuba, located in the state of Minas Gerais, on January 10, 2022, after extremely heavy rain has fallen in recent days in the southeastern part of the country. (Photo by Douglas MAGNO / AFP)

Right now, experts said that Brazil's weather is now becoming extreme, as stated by The Brazilian Report. On the other hand, the World Meteorological Organization confirmed that the rainfall and floods in the country are now becoming common.

Because of this, some areas in Brazil already put themselves under a state of emergency. According to BBC's latest report, Minas Gerais is one of the most affected states in the country.

Around 28,000 residents of Minas Gerais were forced to evacuate because of the heavy rainfalls, which caused massive floods and landslides. 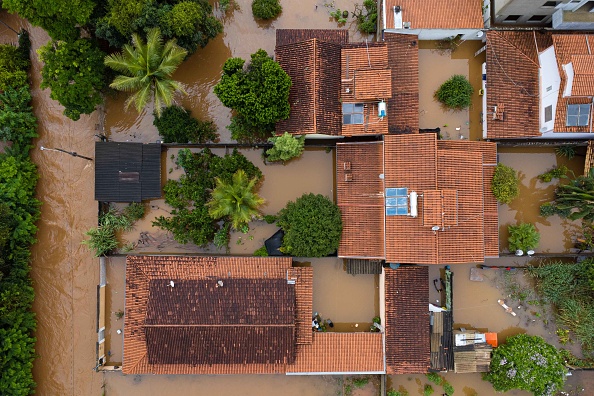 (Photo by Pedro Vilela/Getty Images)
JUATUBA, BRAZIL - JANUARY 11: Aerial view of flooded houses due to heavy rains causing an overflow of Rio Paraopeba in January 11, 2022 in Juatuba, Brazil. Heavy rain over the weekend caused landslides and floods in the Minas Gerais region. A maximum alert was issued due to the risk of the Carioca dam in Para de Minas bursting as a result of intense rains.

On the other hand, the Paraopeba river opened its banks. Because of this, the town of Juatuba is now flooded. One of the residents shared his experience during the natural crisis.

"We lost everything. My wife and children left the house in a boat," said Daniel Valeriano de Oliveira, one of the people living in Juatuba town.

Since the heavy rainfalls are still coming, 341 out of 853 municipalities in Minas Gerais state already declared a state-of-emergency situation.

Experts explained that the current excessive rain in Brazil is caused by SACZ (South Atlantic Convergence Zone) summer phenomenon. They added that the extreme weather is also caused by La Nina.

Signs That There Will be Landslides

Right now, predicting upcoming landslides is pretty important for Brazilians. If you are one of the residents of the affected areas, then you need to check the landslide signs that USGS provided.

Here are some of them: