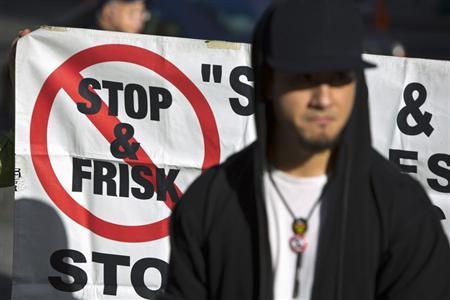 Police officers stopped and questioned people who are suspected to be criminals or carrying a gun in the streets of New York City more than five million times during the tenure of Michael Bloomberg as the Mayor in the city.

This process of stopping and questioning a suspected person is called stop-and-frisk or defined by Bloomberg as policing. However, the program is very controversial, as more often than not, latinos and blacks were unfairly targeted.

Bloomberg is predicted to run for a presidential position in 2020, and on Sunday he apologized to blacks and latinos for promoting the stop-and-frisk policy. In an article published in The New York Times he said in front of a racially mixed crowd that the focus of the policy is to save lives, but many innocent people were reported as being stopped and questioned, and that is why the policy has become such an issue in the state.

Stop-and-Frisk is not really the program of Bloomberg, it has been there for 30 years prior to his taking office. The policy allows the police to stop a person walking on the street, detain someone for questioning, even in public housing as requested by the landlords and physically search their person.

In 2002, as Bloomberg took office, he oversaw a dramatic expansion in the use of the policy. As he previously said that the purpose of the policy is to save lives and he felt it was a needed service to the law-abiding citizens of New York.

However, based on recent data, the number of stops multiplied increasingly, in 2011 and ended up reaching more than 600,000 instances. In 2013 it reached 191,851. During his three terms as a mayor of New York City, the number of stops based on the records of the police reached an approximate 5,081,689.

According to the director of impact litigation at the Bronx Defenders, Jenn Rolnick-Borchetta, during the massive implementation of the policy, the feeling of the community is that there seems to be a war between the police officers and certain minority groups.

Despite its negative effect in the community, Bloomberg still supported it as crime rates reportedly decreased. The statistics show that the number of murder related crimes dropped to as low as 600 and before he left the office in 2013 there were 335 murder crimes recorded. The result can also be comparable to other cities because while other cities have problems in crime, New York maintains its decreasing crime rates that started declining back in 1991.

Although, the policy shows to have produced a decrease in number in relation to criminal offenses, it still faced criticism. According to Bloomberg and Commissioner Kelly, the policy was an essential practice for police and curtailing it might only increase the crime rate of the city. Bloomberg even said that those who criticized must look as to what happened in Boston, 9/11 attack and shooting incidents that killed hundreds of people.

What makes this policy controversial is the idea that Bloomberg supposedly told police to target blacks and the latinos. In 2009, latinos were nine times more likely to be stopped on the streets compared to white citizens. Due to the fact that the policy allegedly targeted blacks and latinos, several law suits have been filed against the city.