The Dangers of Living in Mexico by the Numbers 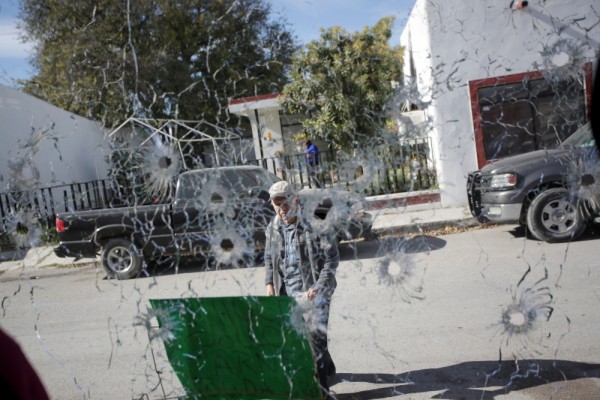 In the recent months, Mexico has grabbed international headlines following the attacks of alleged drug cartels which left at least 30 people dead. This includes the murders of the LeBaron family, members of a Mormon community in the northern part of the country.

According to a report by the BBC, despite the rise in Mexico's homicide rate in recent months, it remains well below those of other countries worldwide. Compared with other countries in the world, it ranks at number 19 with 24.8 homicides per 100,000 inhabitants, according to the 2017 UN Global Study on Homicide which is the latest data thus far. It is much lower than that El Salvador at number 1, where 61.8 people out of 100,000 died from violent crime in 2017.

The number of homicides in the country has been increasing since 2014. In fact, based on the National Institute of Statistics and Geography (Inegi) data, the number of people killed in 2018 was more than four times that in 2007. Moreover, the figures for the first nine months of 2019 suggest that this year's homicide rate could surpass that of last year.

Mexican governments have long declared that the majority of the victims have ties to criminal gangs or have somehow become "mixed up" in their illegal businesses. But media reports and video recordings showing ordinary residents who have nothing to do with those perpetrators taking cover as heavily armed cartel trucks attacked their city, prompts more and more people to question how safe the country really is.

The same study claims that the state of Colima in the west, followed by Baja California, Chihuahua in the north and Guerrero have the highest homicide rates. Majority of the violence are concentrated in areas where gangs thrive and fight over territory.

Meanwhile, there remains areas which have been, fortunately, spared from constant violence such as the popular tourist destination of Yucatán where the homicide rate is only 3 per 100,000 people, lower than that of Thailand. Aside from that, the states of Aguascalientes, Campeche and Coahuila also are well below the national average and have homicide rates similar to that of Uruguay.

The violence usually revolves around the issue of cartels smuggling cocaine, heroine, marijuana and methamphetamines. They are not only responsible for smuggling but for other crimes like extortion, money laundering, human trafficking, people smuggling and contract killings. The issue of bribing and threatening security forces and politicians also worsen the situation in these areas.

While previous administrations war on drugs led to the arrest or killing of powerful cartel leaders, the result was not a drop in crime, as officials had hoped. Instead, the vacant leadership positions intensified battles between rival gangs and warring pretenders who desire to take over the leadership.

Meanwhile, current President Andrés Manuel López Obrador promise to "achieve peace and end the war" on drugs preventing a bloodbath through his strategy of releasing Ovidio Guzmán López has so far not yielded tangible results. Moreover, his critics argue that said strategy to combat criminal groups has led to a further increase in violence.

© 2021 Latin Post. All rights reserved. Do not reproduce without permission.
Most Popular
Our Picks
In Other News
US News
Stepson of Jalisco Cartel Boss El Mencho Became One of U.S. Most Wanted Fugitives With $5 Million Bounty on His Head
US News
Jeffrey Epstein's Ex-Employee Says Late Sex Offender Had Young Girls at Palm Beach Estate While Ghislaine Maxwell Was the 'Lady of the House'
US News
Court Allows Jalisco Cartel Boss El Mencho's Daughter, Laisha Oseguera, to Remain Free Despite Being Accused of Ordering the Kidnapping of 2 Soldiers
US News
Aztec Altar, Ancient Pot With Human Ashes Unearthed by Archeologists in Mexico City