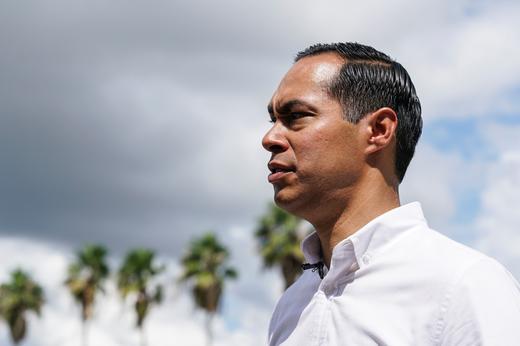 In an article published in 2015, Julián Castro was becoming the target ally of some politicians running in the 2016 U.S. elections.

However, it was known during that time that Castro may pose some threats to someone's campaign towards the Latino voters of the country for his insufficient Latino background and upbringing.

According to an ally of Clinton during that time, Tim Kaine may have more advanced Spanish speaking skills compared to Julian Castro. Tim Kaine is known to have worked for a year in Honduras together with priests.

Despite some drawbacks on the Latino background and the Spanish speaking abilities of Julián Castro, he was still being considered to become the running mate of Clinton for the 2016 election in the US.

A response to the criticism towards Julián Castro's ethnic background issue was released by a spokesperson of Castro by not commenting on the real issue but stating the focus of Castro to resolve some serious problems in the society such as homelessness and providing broader opportunities to the citizens of the country.

During the 2016 election campaign, many candidates were ridiculed by the Latino community of the country for not being able to fluently speak Spanish. One of these candidates was Charles Gonzalez, a previous United States Representative of Texas.

Gonzalez had said during that time that his inability to fluently speak Spanish should not be something that he should be ashamed of because of the change in the upbringing of the different generations in the country.

Also, the article had said that the Spanish speaking abilities of Castro can be a good representative of the politicians in the country to fully understand the diverse community in the country, especially the Latino Community. This is a struggle not only for those Republican candidates but also from the Democratic Party.

Despite his statement regarding his imperfect Spanish speaking skills, Gonzalez believes that the ability to speak it is an important asset and that someone should work hard to learn it.

According to Gonzalez, a person's ability to speak a certain language, especially the Spanish language should not be the basis of people's votes to a certain candidate.

Castro is the son of an English and Spanish fluent parent who is also born in the United States of America. Despite being born in a Latino household with fluent Spanish speakers, he was still not as fluent as his mother.

In a recent article published this month, Castro had answered why his Latino background did not help him to be able to speak Spanish fluently.