Haitian Migrants Suffer from Discrimination and Deportation in Bahamas 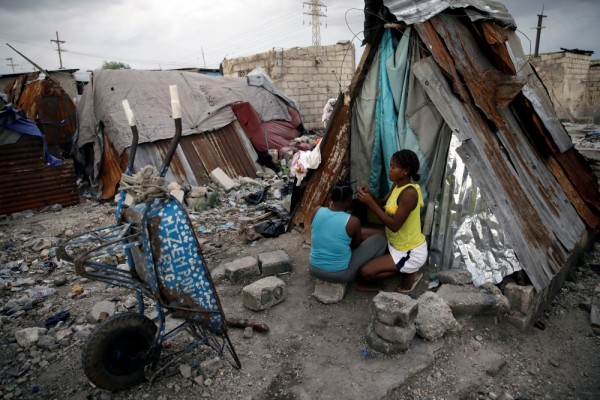 Hundreds of Haitian migrants in the Bahamas are on the brink of statelessness in the aftermath of hurricane Dorian which hit the country in September, according to an article by Latino Rebels.

It can be recalled that in November, the nationalist group "Operation Sovereign Bahamas" called for the Bahamian government to evict the 340 Haitian workers from the shelter in the Kendal G.L. Issacs Gymnasium in Nassau that houses around 76,000 hurricane victims.

"The Bahamas is for Bahamians," demanded Operation Sovereign Bahamas' founder Adrian Francis during their protest outside the shelter.

"We want you out of our country," shouted other protesters, holding Bahamian flags. "Go home!"

According to Bertin M. Louis, Jr., Associate Professor of Anthropology and African American & Africana Studies at the University of Kentucky, though people in both the Bahamas and Haiti are mostly of African descent sharing a heritage of colonization and slavery, most Bahamians look down on Haitians and would associate Haiti with poverty and low education, and its workers with illegal status.

In research for his book "My Soul Is in Haiti: Protestantism in the Haitian Diaspora of the Bahamas" Louis found that Haitians have long faced discrimination and stigmatization in the Bahamas.

He added, widely held stereotypes portray Haitians as a burden on the Bahamas' economy and a strain on its health care, education and social services systems. Many Bahamians even associate Haitians to violence.

Aside from actual protests, Bahamians share hate-filled social media posts and voice messages that include rumors about "packs" of Haitians roaming flooded areas of the island, looting and robbing abandoned buildings. Some called Haitians "thugs" and said those who commit crimes in the wake of Hurricane Dorian should be "shot in the head."

Moreover, a Bahamian of Haitian descent working with the human rights organization Rights Bahamas that aids in relief efforts, received a death threat due to his organization's advocacy of helping the Haitians.

For Louis, beyond human rights, there are practical reasons for Bahamas to take care of its migrant workers since its economy depends on them.

"Haitian agricultural laborers, carpenters and construction workers provide precisely the labor necessary to rebuild the country after Dorian," he said. "Haitian migrant workers need the Bahamas. But the Bahamas needs Haitians, too."

In recent decades, Haitians have sought work in the Bahamas, a comparatively wealthy Caribbean country with a booming tourism industry. Compared to Haiti where annual earnings average $1,800, its average per capita income is $21,280 a year.

According to a Bahamas census, there are approximately 39,000 people of Haitian descent living in the country as of 2010. Most of them are undocumented workers since obtaining a foreign work permit in the country is a taxing process that requires an employer sponsor.

Most of them earn the minimum wage of US$5.25 an hour or less for doing jobs that local Bahamians do not want to do such as farming, landscaping, cleaning hotels, painting houses, fixing cars, working in construction and bus restaurant tables. Meanwhile, Haitian women braid hair, wait tables, sell goods on the street and serve as cashiers at duty-free liquor stores and gas stations.

To make the matters worse, Bahamian Prime Minister Hubert Minnis on October 2 announced his government would "eradicate" the tenements where many poor Haitians live. Minnis even kicked down the door of one Haitian home during his visit to the island of Abaco a few after the storm.

He said he had already sent a notice to illegals to leave voluntarily "or they will be forced to leave."

Meanwhile, the Bahamas' attorney general has likewise said that migrant storm victims who had lost their jobs and even those with work permits that had not yet expired, should go home.

According to the International Organization of Migration, resettlement in Haiti is difficult and that Haitian migrants deported from the Bahamas risk becoming a stateless people.

In a report published by Latin Post, Haiti is now suffering from economic collapse due to the political turmoil that recently confronted the country. Aside from that, Haiti has not yet recovered from its 2010 earthquake.