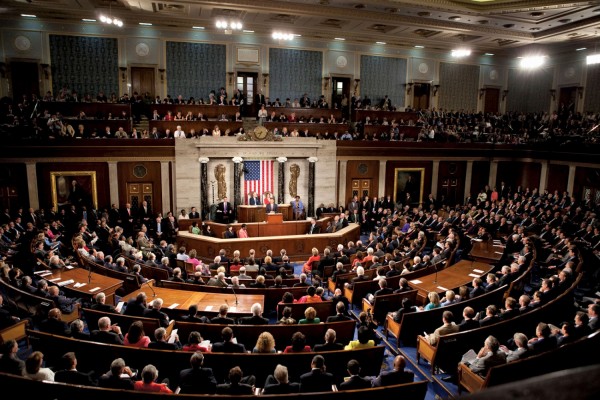 Donald Trump's impeachment is very historical for the two Texas Latinas in congress as they cast their votes supporting the articles of impeachment filed against the President of the United States.

These two Latinas are Representatives Veronica Escobar and Sylvia Garcia who are both members of the Democrat Party. They said during an interview that the polls showing that Americans are split when it comes to the removal of the president from his office did not change or affect their decision. They stood in their decision in the House as members of the Judiciary Committee without any elements of prejudice.

In an article published in NBC News, Escobar said: "We have no choice and I don't know if it will stop him from doing this in the future, but if we did nothing he would continue with the same abusive behavior in the future," Her statement refers to the behavior and actions of Trump which according to her is not expected of a U.S. president.

Meanwhile, Garcia said that she tried to digest if there was a U.S. president who behaved like Trump did and during the ratification of the articles of impeachment, none of the Republicans joined them. She also said that to vote for the impeachment was part of her responsibility to preserve democracy.

A day after they voted for the impeachment of Trump she said that she was able to sleep well and she found some sense of tranquility and acceptance that it has happened. Garcia also emphasized that she is not a freshman but a rookie. She served as a Texas state senator and Harris County commissioner.

She added that she is the only commissioner who worked to empower the county to participate in the federal programs that train local officers to enforce immigration laws. Her advocacy and action somehow affected her candidacy but she always reminds herself that it is not about herself that she is fighting for but she is only doing what is right for the people.

Escobar and Garcia were the only Latinas who participated in the impeachment inquiry and votation in the history of U.S. politics. Moreover, Escobar is also sad because the year ends without Congress uniting to address issues like domestic terrorism and gun violence. It can be recalled that a mass shooting occurred in El Paso Texas where 22 people die and 26 others were wounded.

Escobar said: "This is so tragic. This is a moment when we should be united as a country and when you think about the terrible tragedies in American history, you think about the unity that comes after disasters, terrorist attacks, the innumerable mass shootings. People come together as Americans."

Authorities said that when the gunman was arrested in El Paso he said that he wanted to kill the Mexicans. It was treated by the police as a form of hate crime and an act of terrorism after linking the gunman to the anti-Hispanic screed.

However, Escobar and Garcia admitted that they struggled during their first year in Congress, but they were able to manage their agendas. Garcia said that she was able to pass in the House a passage she titled as Dream Act that sets up a process for the young immigrants and those with Protection Legal Status to work toward permanent residency in the United States. She also cited her contribution to the Financial Services Committee to end the eviction of families especially the immigrants due to family members who are not legally in the country.

Meanwhile, on the part of Garcia, she is expecting that her bill about the cryptocurrency will be heard in January. She believed that cryptocurrency competes with the U.S. dollar and it is used to launder money. She contributed also in the Farmworker Modernization Act where her experience can be a great attribute since she grew up in a family of farmers. Garcia said: "The sad thing is not much has changed since I did it and a lot of people listened. It became more than just another bill."