New Prime Minister of Cuba Annointed, the First Since 1976 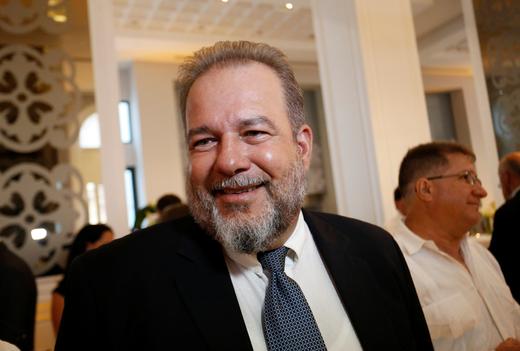 The President of Cuba, Miguel Díaz-Canel offered the Cuban Prime Minister position to Manuel Marrero Cruz and he said yes. The tourism Minister will now be the New Prime Minister of Cuba, the first in more than four decades.

The Prime Minister position in Cuba was ceased in the year 1976 by Fidel Castro, the nation's then leader.

Marrero, 56, will be assuming many of the responsibilities of the nation's president.

According to Cubadebate (online news site run by the nation of Cuba), the leader of the government of Cuba will become the administrative assistant of the president of the nation.

On the other hand, experts say that the event is highly cosmetic because of the presence of the only two decision making bodies in the country. The decision for Cuba is made primarily by the Communist Party in Cuba and the military of the nation of Cuba.

The appointment of Marrero as the New Prime Minister of Cuba was authorized unanimously by the members in the National Assembly held last Saturday.

In the year 2000, Marrero was given the post as the leader of the Gaviota tourism group that is under the control of the country's military force. Hotels in this are under US sanction of the Donald Trump administration.

Marrero was given the chance to become the tourism minister of the nation in 2004 during the leadership of Fidel Castro. Ever since the start of his leadership in the tourism of Cuba, the sector's performance had increased to a considerable amount.

There are still uncertainties if he will continue his responsibilities as the tourism minister of Cuba.

After being dubbed as the New Prime Minister of Cuba, Díaz-Canel sees a positive outcome because of the expertise of Marrero in handling foreign relationships, especially with investors. He sees the honesty, hard work, and loyalty for the Cuban Communist Party of Marrero as a reason for his appointment.

Marrero was previously working as an architect before he started his career in politics. He had also attained a position as a colonel in the military force of Cuba.