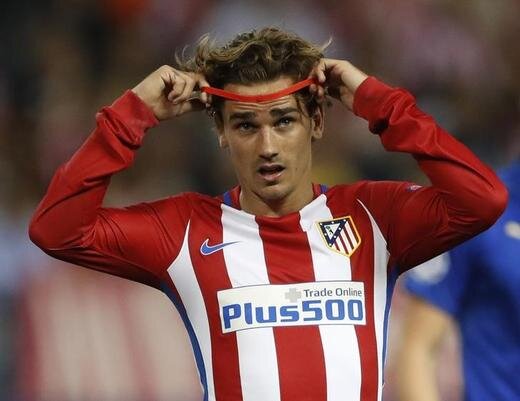 The Finals for the 2020 Supercopa de Espana will be seeing Atletico Madrid and Real Madrid after the victory of Atletico Madrid over Barcelona in Saudi Arabia on Thursday with a score of 3-2.

Koke helped Atletico take the lead 18 seconds in the last half of the game. However, Lionel Messi countered with an attack six minutes after.

Messi was confident that he will be getting a second score for his team in 59 minutes but Barca made way against their opponent but he was stopped.

Barca refused to accept defeat. So, after two minutes, the score was 2-1 when Antoine griezmann went home from proximity.

Barca failed to make another score with 16 minutes left after Gerard Pique reached home from proximity. However, the play was approved by VAR because of the build-up's offside.

An 81st-minute equalizer was taken advantage of by Atleti when the stopper of Barca was beaten by Vitolo. This gave way for Alvaro Morata to make a score in the spot of penalty.

The comeback was accomplished upon Neto's defeat by Angel Correa in the last 4 minutes of the game that earned them a 3-2 winning score. The results of the game landed them a spot in the finals. They will be competing with Real Madrid on Sunday.

The Supercopa holders claimed victory in the first half of the game but the players of Diego Simeone focused on not giving an opportunity while absorbing the pressures of the game. Sergi Roberto was the one who went near Barca at the beginning of the game but he was not successful in his goal.

The excitement of the game boomed when Atleti took the lead through Koke after a half-time.

Correa cooperated effectively with the substitute landing them a good shot in the game.

It was an advantageous part of the game for Simeone's team but it motivated Barca to make a courageous response.

Luis Suarez protected the ball for their captain who immediately escaped two defenders of the opposing team and winning the goal for their team.

Atletico Madrid fought had to reach their goals. Taking every opportunity to their advantage.

The progressing results of the game showed an increased chance of winning the game. However, after another hit by the captain, the referee said that the ball had hit the captain's arm while doing the shot.

Atleti took good defense against the attacks. Griezmann took home after Suarez took sight of his header blocked by Oblak. After the keeper prevented the score, Griezman took the opportunity.

The Blaugrana tried for a third point in the game and the game was becoming dead as Pique took another score. Arturo Vidal made an opportunity but the VAR revealed that the Chilean player went offside. The event resulted in a score of 2-1.

The second half of the game was described to be of heightened excitement. It was fully dominated by Barca but the team of Simeone won regardless of the evident 28% possession on the total duration of the game.

This series of the event made way for Atletico Madrid to participate in the 2020 finals with Real Madrid.