Latinos Are the Most Physically Inactive Adults in US, Study Says 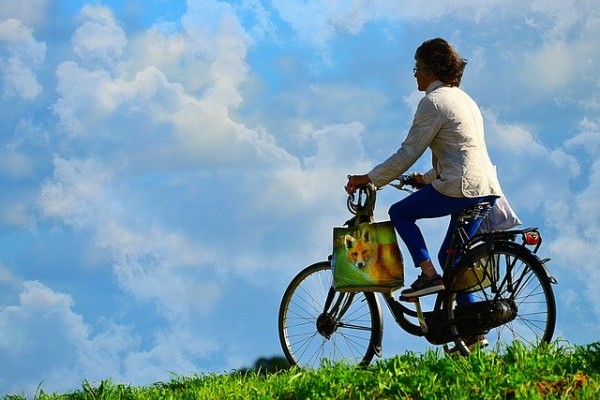 The Centers for Disease Control (CDC) recently published a report revealing that Latinos are the most physically inactive adults in the United States, according to an article by MITÚ.

Through the Behavioral Risk Factor Surveillance System (BRFSS), an ongoing state-based, telephone interview survey conducted by CDC and state health departments, the respondents were asked the question: "During the past month, other than your regular job, did you participate in any physical activities or exercises such as running, calisthenics, golf, gardening, or walking for exercise?" to which the response, "no" would mean they would be classified as physically inactive.

The study concluded that the most significant factor in differences in the prevalence of physical inactivity was when controlled by race or ethnicity.

Latinos were found to be the most sedentary at 31.7 percent, followed by non-Hispanic blacks at 30.3 percent, while non-Hispanic whites have the lowest rate of physical inactivity at 23.4 percent. Moreover, the researchers found that nearly half of Puerto Ricans get no exercise beyond walking to and from their cars and around the house. This figure is more than three times the national average.

The report also shows that every single state or territory found that more than 15 percent of adults were physically inactive.

The CDC is cautioning Americans, especially Americans of color, that a sedentary lifestyle contributes to 1 in 10 early deaths and cost them $117 billion annually.

Among the states in the country, Oregon appears as one of the most active. That means that non-Hispanic white people either have more access to those gym memberships or faraway hiking trails or incorporate it into their culture more than Latinos living in the same area.

Socio-economic factors may also play a part considering that minorities are so disenfranchised that they simply don't have the time or energy to exercise after their long, labor-intensive workdays. According to non-profit Salud America!, Latinas have the highest lifetime risk for diabetes across all demographic groups. Meanwhile, a small research study at the Fair Haven Community Health Center found that fear of injury and lack of energy were the most common hindrances stated by Latina women. This clearly explains why across Latino culture, Latina moms are alarmed whenever their children go too close to the freezer due to the fear of catching pneumonia.

CDC further reported that Hispanic adults are 50 percent more likely to acquire diabetes and liver diseases than their non-Hispanic white counterparts which is linked to inactivity and a sedentary lifestyle. The Center further notes that a more sedentary lifestyle has a greater chance of developing type 2 diabetes and worsen the effects if someone already has the disease.

"Too many adults are inactive, and they may not know how much it affects their health," said Dr. Ruth Petersen, Director of CDC's Division of Nutrition, Physical Activity, and Obesity. "Being physically active helps you sleep better, feel better and reduce your risk of obesity, heart disease, type 2 diabetes, and some cancers," the director added in a media statement. Moreover, engaging in such physical activity could prevent 1 in 8 cases of breast cancer and colorectal cancer.

The federal agency is calling all Americans to engage in physical activity for 25 minutes a day. To further intensify this call, the Surgeon General has encouraged cities to consider walkability as part of their city planning process. "Individuals and families are encouraged to build physical activity into their day by going for a brisk walk or a hike, walking the dog, choosing the stairs instead of the elevator or escalator, parking further away in the parking lot, walking or cycling to run errands, and getting off the bus one stop early and walking the rest of the way," CDC said in a statement.

© 2021 Latin Post. All rights reserved. Do not reproduce without permission.
Most Popular
Our Picks
In Other News
US News
Haitian Migrants in Texas Border Camp Are Now Gone, but Probably Not for Long
US News
Pres. Joe Biden's Translation Device Conks Out During Quad Summit Meeting: 'Can't Get This to Function at All'
US News
Gabby Petito's Missing Fiance 'Spotted' in Canada; Florida Police Check Brian Laundrie's Home After Report of Gunshots
US News
Female U.S. Soldier Assaulted by Group of Afghan Refugees at Fort Bliss; FBI Launches Investigation