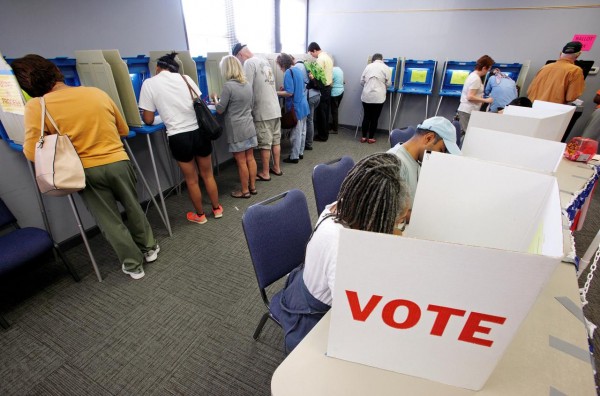 According to a report from NBC News, Luis A. Miranda Jr., Chairman of the Board of Latino Victory Fund, said: "This is truly how we build real and substantial Latino political power at all levels of government."

The endorsement list of the group includes the two Democratic House candidates in Indiana. The first Latina elected to the General Assembly state Rep. Mara Candelaria Reardon and the party's nominee for lieutenant governor in 2018 former state Rep. Christina Hale.

Candelaria Reardon is of Puerto Rican and Mexican descent and is the candidate of Indiana's solid Democratic 1st Congressional District while Hale is of Cuban descent and is running in the 5th District. The district of Hale is historically solid Republican, but they are now in the process of shifting towards the Democratic Party. Both Candelaria and Hale face multiple opponents in their primaries.

According to a professor at Indiana University who specializes in political science, that it's not surprising anymore if the two candidates will be in position and will make history because they have been involved in the Democratic Party circles.

Moreover, there are seven percent Latinos in the state and four percent of this is eligible to vote. Subsequently, Fraga said that the 1st District has the largest share of Latino voters in the state and they are also second to Indianapolis in terms of diversity.

Laga said in a statement: "Latino turnout is low statewide, but that's an area where the largest potential is and the only area in the state where you have longstanding Latino representation in the Legislature."

According to the Cook Political Report rates, the 5th District in the northern suburbs of Indianapolis is a majority-white and a leaning Republican. However, Democrats believed that they will have a seat in the state because they have been winning in some suburbs.

Latino Victory Fund also endorsed the first Latina Mayor of Topeka, Kansas Michelle De La Isla. She was born in New York, but was raised in Puerto Rico. At present, she is the only Democrat running in the 2nd District in Kansas.

The Latino Victory Fund will help its endorsed candidates through campaign support such as media and political guidance. Moreover, the support of the group could also lead to independent expenditure ads or other communication campaigns that advocate the candidacy of their supported politicians but are not directly coordinated with them.

Meanwhile, the political arm of the Congressional Hispanic Caucus, BOLD PAC, also announced on Tuesday that they are spending another $1.5 million in the independent expenditures to support the Latino candidates. This makes the group spend $2.5 million as support to Latino candidates including what they spent during the primaries.

Latino Victory Fund's executive director, Mayra Macias, said: "Whether it is flipping red districts blue in California and Texas or electing the first Latina members of Congress from the Midwest, 2020 will be a landmark year for the Latino community."

Some of the Latino Victory Fund lists include the first Latinas and Latinos to represent their Districts. Other endorsed candidates are the following: