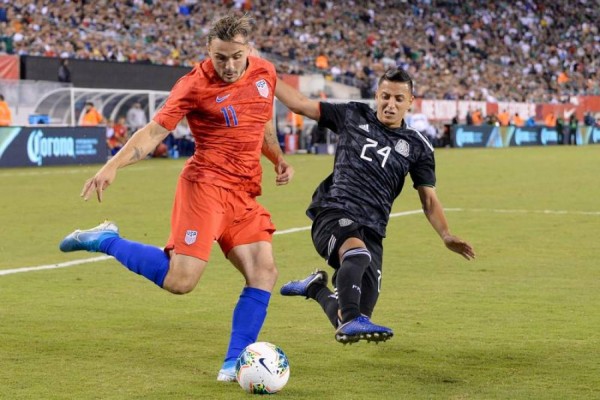 Former Mexican football player gave up playing the game at the age of 21 because he was unable to reconcile his sexuality. LGBT+ campaigners believe that homophobia in the sport is deeply rooted, according to a published report in Reuters.

Now that Canabal is 35 years old, he feels that returning to play football with his team of gay players in one of Mexico's amateur football league for LGBT+ is the best decision. Canabal said that younger LGBT+ players oftentimes have an easier time.

Canabal said: "Playing on the team fills me with satisfaction and it feels like something special ... it's something unique of its kind, that few countries or few cities have."

The move to have a football league for LGBT+ is a small sign that the country is undergoing a large change. Mexico is known for its history of homophobia, which is until now a societal issue. Mexico is a conservative Catholic country where anti-LGBT+ campaigns and attitudes are widespread.

Meanwhile, Mexican football authorities have attempted to discuss homophobia in sports as the country is experiencing global scrutiny as it prepares to host the Olympic qualifiers in March. However, LGBT+ advocates and campaigners said that only little will be achieved without widespread effort both on and off the pitch.

According to Enrique Torre Molina, an activist, there has been no comprehensive push within the sports community to end homophobia. Meanwhile, Colmena, co-founder of the LGBT+ networking group, explained via WhatsApp the Thomson Reuters Foundation. "As long as there is no such effort, there will be no change. Activists and the LGBT+ community can insist, but it is up to them (football community) for people to stop doing it. They have more authority and influence."

Mexico's crackdown to stamp out homophobia in football is part of the country's global push which is particularly widespread in Latin America. It can be remembered that the world governing body of FIFA, in World Cup 2018, fined 16 countries for having homophobic fans during the qualifying matches and 13 of these countries were from Latin America. Moreover, Mexico has received more sanctions compared to any other nation.

During the qualifying matches in 2018, fans were shouting "puto" which means male prostitute. Torre Molina, a chant activist, described it as one the Mexico's most shameful exports. He said: "People use it as an insult because saying that a man is homosexual seems to them the worst possible offense."

Subsequently in September, the Mexican Football Federation ordered referees to suspend games if fans shouted homophobic words. Just recently, Jesus Gallardo, one of Mexico's top football players, was suspended for two matches just this month. Days after, a draw for the men's Concacaf Olympic qualifying matches were announced in Guadalajara City. The federation also announced earlier this week that an upcoming local game must be played without an audience due to homophobic chanting.

However, for many gay fans, penalties can only achieve so much,  they believe that society as a whole needs to change. Canabal said: "With sanctions, you can't achieve anything to eradicate those kinds of attitudes. Instead, you need a social change."

Meanwhile, some recent signs show some changes. Nahuel Guzman, an Argentine goalkeeper who plays for the Mexican team Tigres, went viral during this month after dying his hair in a rainbow pattern, the colors of the LGBT+ community.

Guzman wrote on his Instagram, "The cases of homophobic discrimination are still present in our society and football is no exception." He is calling for a more enormous understanding of social diversity.

© 2021 Latin Post. All rights reserved. Do not reproduce without permission.
Most Popular
Our Picks
In Other News
World
8 Brazilian Soldiers Who Shot Dead Musician, Bystander in a Hail of Bullets Convicted of Murder
US News
Mexican Drug Cartels Recruit Children as Young as 10 and Groom Them to Be Killers
US News
Fort Hood Soldier Found Dead Near Barracks; Army Officials Say Investigation Underway
US News
Hurricane Pamela Makes Landfall on West Coast Mexico With Threats of Flashfloods, Mudslides