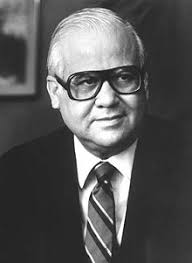 The United States Department of Agriculture (USDA) recognizes the contributions of Latinos in the country's agriculture industry.

The photo of Representative Eligio "Kika" de la Garza is posted in the Library of Congress to honor him as the Chairman of the Committee on Agriculture. He is a Mexican-American from Texas who has lots of contributions to the nation's agriculture industry. He did not only support trade and rural economic development, but he also spearheaded in the House to pass federal reforms on pesticide laws, overhaul the agricultural lending system, crop insurance reform, and a major reorganization of the USDA. Moreover, he also passed three farm bills and countless measures that helped improve human nutrition.

During the time of de la Garza as the chairman of the Committee on Agriculture, he passed agriculture-related laws from 1981 to 1984 that did not only benefit Latinos living in the country, but all farmers. One of the laws that he passed was the Agriculture Credit Act of 1987 that aimed to provide crucial assistance to the struggling farm credit lending institutions.

He also became instrumental in nurturing the U.S.-Mexico trade relations and he has served as a key player in the North American Trade Agreement (NAFTA) and helped to expand the agreements that impacted commodity tradings for U.S. farmers and consumers, also known as General Agreement on Tariffs and Trades. (GATT). The Mexican-American representative has also served as a founding member and the chair from 1989 to 1991 of the Congressional Hispanic Caucus Insitute.

Latinos have been an integral part and played an important role in the country's agriculture sector. In a recent report in the Census of Agriculture, it was found that there is an increase of 14 percent of Latino origin farmers that include Latino farm owners, managers, tenants, renters, or even sharecroppers. This only means that Latinos in the United States have great impacts and contributions to the country's agriculture industry.

The USDA also posted on their website that they continued the legacy of de la Garza and other Hispanic leaders in terms of the reforms they made in agriculture. They created a team that traveled across the country and reached out to the small and disadvantaged farmers not only for the Latino community but in all races and ethnicities in general.

Their main mission is to make sure that the agency's vision which is to promote the services of the agency will be easily understood and accessed. To make it more effective, they make sure that there are webinars, brochures, and other items are in the Spanish language.

The USDA's Agriculture Marketing Service (AMS) attended also different events to make sure that participants know about the available job opportunities. Through this, the AMS will let the national leaders, educators, elected officials, and other persons concerned know the critical issues and the country is facing most especially in agriculture.

USDA hopes to develop more leaders like de la Garza. They help support students and children from different races and ethnicities for their academic success. The USDA has sponsored the first Hispanic Youth Symposium in 2004 that has served more than 3,700 students.

Moreover, the AMS will continue its outreach to the Latino community and encourage everyone to continue the lasting contributions of Latinos and Hispanics in the agriculture sector.