The Trials of Gabriel Fernandez examines the tragic murder of an 8-year-old who was tortured and killed by his own mother.

The six-part Netflix docuseries from filmmaker Brian Knappenberger show the abuse and murder of 8-year-old Gabriel Fernandez by his mother and his boyfriend. It also chronicles the systemic injustice that prevented the victim from receiving proper legal protection from the tormentors.

Knappenberger also highlights the outrage triggered by the child's death after social workers accepted the mother's lies without conducting a full investigation. The Sheriffs Department, which was investigated for various levels of corruption, was also blamed for Fernandez's death.

The Netflix docuseries includes interviews with jurors and prosecutor Jonathan Hatami. It also questions what was learned in terms of LA's Department of Children and Family Services.

Gabriel Fernandez was raised by his uncle Michael Lemos Carranza who looked after the child with partner David Martinez for four years after his mother, Pearl, gave him away three days after he was born.

Gabriel's grandparents, Robert and Sandra Fernandez, gained custody due to concerns he was being raised by a gay couple.

His uncle passed away in 2014, while his ex-partner, Martinez, denies all allegations of molestation.

Pearl Fernandez gained custody of her son in October 2012, condemning Gabrel to spend the last six months of his life with the people who would kill him.

When authorities found Gabriel, they initially thought he was suffering from a disease due to his appearance. Upon examination, they spotted obvious trauma all over the child's body.

Authorities who spoke to Pearl and her partner, Aguirre, said their statement "didn't make sense" and both were "argumentative."

Deputy Jonathan Beck, who appears in the Netflix docuseries, said Pearl seemed most concerned about her cats.

At the time of his death, Gabriel did not have any food in his body. Virginia, his sister, told authorities she did witness her brother being fed dirty cat litter.

Gabriel's teacher Jennifer Garcia recalled Gabriel arriving at school with his eyes swollen. She said Fernandez claimed he had fallen, but eventually revealed he was shot in the face with a BB gun.

Garcia said she noticed the abuse would worsen whenever a social worker paid a visit to Fernandez's home, setting up the docuseries' exploration of the warning signs ignored by the Department of Children and Family Services.

Gabriel was gone from school for an extended amount of time following the BB gun incident. He later came back with visible injuries that "scared his classmates."

Garcia said Gabriel never seemed to hold a grudge against his mother, saying he described Pearl as "special, loving, and beautiful" on a Mother's Day project. He had also made coupons that read "I will be good." 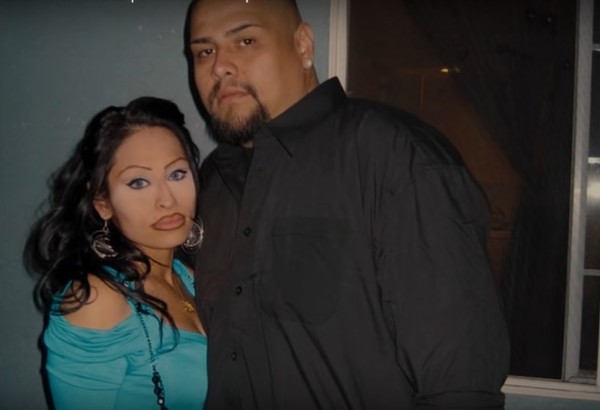 Isauro Aguirre and Pearl Fernandez were charged with torturing and murdering Gabriel. Aguirre received a death sentence in 2017 for beating Gabriel to death.

Fernandez pleaded guilty to first-degree murder but was given a life sentence in prison instead of a death sentence due to her "low IQ."

According to "The Trials of Gabriel Fernandez," social worker Rodriguez categorized various events as "accidents" in her reports. It also revealed her failure to mark injuries on a body chart.

The docuseries exposed the "hands-off" approach of Rodriguez's superiors. A social worker named Patricia Clement was found to have made false statements about Gabriel's case, going as far as to back-dating paperwork to protect herself from allegations.

Four social workers were fired and charged for being complicit in Gabriel's death.

The trial provided clarity about what Gabriel endured during the final months before his death. His siblings Ezequiel and Virginia said the victim was not only forced to eat dirty cat litter, but he was also locked inside a box at night, handcuffed, and had a bandana wrapped around his mouth.

Gabriel's teeth were also knocked out with a baseball bat as a punishment for being "gay." On the day of his death, Gabriel was punched by Aguirre twice, then 18 more times, with 10 blows to the head, after the eight-year-old boy called Pearl a liar.

The Netflix docuseries tracks Aguirre and Fernandez's cases in court as well as the inability of agencies to prevent the tragedy.

"The Trials of Gabriel Fernandez" premiered February 26 on Netflix.