Do Not Do These Things When Visiting Mexico 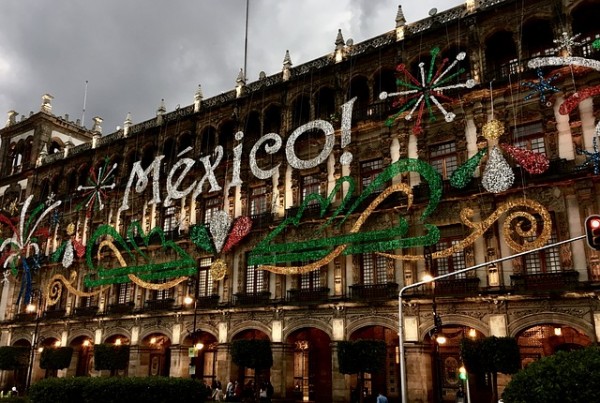 Mexico is famed for its rich history, picturesque beaches, and welcoming, friendly people. But like any other place in the world, foreign visitors tend to commit occasional errors if they are unfamiliar with the surroundings.

To avoid such mishaps, here is a list of things you must not do when visiting Mexico, according to Culture Trip:

Drinking from the tap can make you very sick. Good thing, most restaurants, especially in big cities, serve customers with purified drinking water. But if you're visiting in a remote, rural location, it pays to check whether salads are washed under the tap and ice cubes are made from bottled water.

Don't drink on the street

Public drinking is rampant in Mexico, especially in popular tourist destinations, but do you know it's technically illegal? To be safe, do not drink on the street in big cities, if you don't want to attract the attention of the authorities.

Don't reach for the hot sauce

Mexican cuisines are loved across the world but some of them are laced with spicy flavors that can be too much for those who are not used to eating them. Even if you enjoy hot food, test the level of spice before you eat a spoonful. If you want to enjoy your stay in Mexico go easy on the hot sauce. Otherwise, you'd spend your day in your hotel room dealing with stomach problems and diarrhea which are common among visitors to Mexico.

Mexicans take pride in their food, that UNESCO added Mexican cuisine to its cultural heritage list in 2010. If you're not a fan of greasy tortillas or melted cheese, avoid the social faux pas of casually dismissing it. Each of Mexico's diverse regions incorporates unique ingredients and cooking techniques to define their dishes, so avoid generalizing about their food. And don't do it anywhere you go because it's disrespectful in general.

Major Mexican cities are also home for pickpockets so be careful with your valuables whenever taking a walk around the metro. Although there's nothing wrong with taking vacation snaps, pack your camera away when you're not using it. Instead of wearing flashy diamond rings, opt for simple jewelry. Also, keep your visa, passport and other important documents locked away in your hotel.

For your safety, avoid hailing a cab in key cities such as Mexico City and Guadalajara. Instead, ask your hotel receptionist to call a driver for you or use the official taxi sites where the cabs are fully licensed.

Mexico may be known for its sandy beaches, but it is important to take note to wearing proper shoes in most places. There are a lot of potholes and hilly streets across Mexico, aside from cobblestoned avenues and unpaved paths in small towns.

Don't stick to the big cities

México's major cities may be a huge hit for many tourists but don't miss out on the area surrounding them, like Tepoztlán near Mexico City, or Tapalpa near Guadalajara which offer stunning little-known getaways into the heart of Mexican culture.