Traveler Beware: Tourists Who Died or Were Attacked in Mexico

With spring break coming, many are wondering yet again how safe a Mexican getaway is. And that concern is justified.

Mexico's murder rate has seen a continuous rise in recent years. The U.S. Department of State has issued warnings against travel to five Mexican states including Colima and Guerrero.

Latin Post does not intend to stop tourists from going to Mexico. The country is beautiful and a marvel for travelers who are seeking great food and attractions. There are risks, like anywhere else, that can be avoided.

Take this article as a simple warning, or even a reminder, that when traveling in foreign countries we must at all times be mindful of your surroundings and never, ever travel alone.

At least 238 Americans were reported to have died in Mexico between June 2017 and June 2018. Homicide figures have seen a worse turn it as it was found that 76 died in Mexico. Around 30 were said to have drowned.

Mexico is known to have significant problems with violent crime, mostly due to the many cartels at war for territory and control of drug production and sales.

As a precaution, avoid accepting drinks from people you do not know. Also, avoid traveling after dark as some taxis are allegedly used to kidnap people---in worse cases, victims were known to have suffered unwanted sexual advances and abuse.

Related: Do Not Do These Things When Visiting Mexico

Here is a list of tourists, backpackers, and vacationers that met with horrible and sometimes irreversible situations while visiting Mexico in 2019.

Dean Wright, a 6 foot 5 inches tall man, died in Mexico when six security guards held him down after he got in a fight with a group of Americans at the Riu hotel in Cancun. The British tourist was said to have collapsed after the security personnel tried to restrain him in the bathroom. 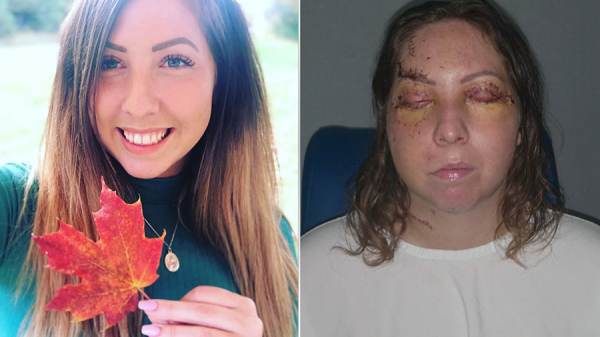 What was supposed to a vacation with friends and family turned out to be one the most horrifying experience for Ottawa-native Lexie York.

York was founded terribly beaten and required a nine-hour reconstructive surgery at a hospital in Cancun after the brutal experience. According to a CBC article, a man came and pushed his way into York's room before he proceeded to beat her black and blue.

Lexie was able to get the attention of another guest after crawling out of her room.

A 62-year-old British woman named Phyllis Main died during a hot yoga course in Mexico in October 2019. She was on a nine-week yoga course led by yogi Bikram Choudhury when she passed away due to mysterious circumstances. Choudhury was previously accused of running a cult and raping former students.

Amanda Gill, 41, died in Mexico's Hospital de Cos after suffering complications from diabetes. Her body was later delivered to her family with most of her vital organs missing. Elaine Hines, Gill's mother, said her daughter was missing everything apart from her lower bowel.

The hospital told the media Gil's body was handed over to authorities with all her vital organs intact after her death. Mexico's local police refused to comment on the condition of Gill's body.

Taylor Meyer was on his way back to his hotel after celebrating his friend's birthday when he was stabbed to death in a park near the beaches of Playa del Carmen. Meyer, who was 27, was found Friday in what authorities said was a robbery. Authorities considered the said the murder was a "tourist on tourist" crime.

A man was arrested two days after, but it is unclear whether he is a local or a tourist.