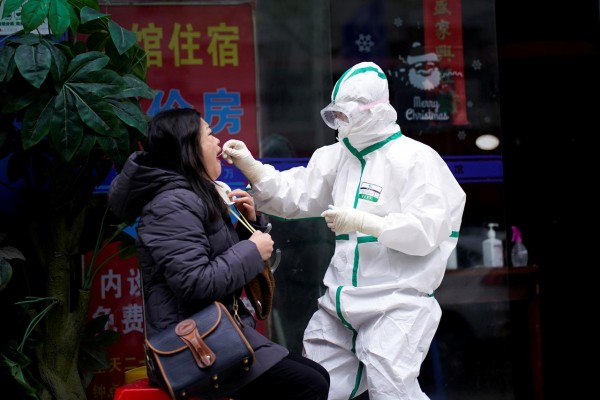 A recently published article claims that China is not tracking its recovered patients who test positive again for the deadly and infectious COVID-19.

There have been recent reports circulating about COVID-19 patients in China who test positive again. Many are now panicking and afraid as to whether or not this second infection is more dangerous. Or if this could be the second wave of COVID-19?

WHEN IS A COVID-19 PATIENT DECLARED VIRUS-FREE?

COVID-19 patients are treated very carefully in the different isolation rooms in designated hospitals around the world. They are carefully observed for days.

Wuhan, the former epicenter of COVID-19, has discharged many patients after they show signs of improvements. The only time that they were released was when these patients tested negative for the virus twice. That's the time that a patient will be discharged.

However, there were discharged patients recently in China who tested positive for COVID-19 again. In a recently published article, a former COVID-19 patient from Wuhan shared that she went back to the hospital after her doctor called and found out that the last test before she left the hospital shows that she is positive again for the virus.

There is an increasing number of discharged patients in China who tested positive for COVID-19 the second time around. Last Saturday, the State Council 's Joint Prevention and Control Mechanism said that there have been reports about second-time infections in Guangdong, Sichuan, Hunan, and Hubei province.

It is still not clear until now as to how these recovered patients test positive for the virus again. Virologists believed that getting the infection twice of the same virus is very rare.

Most of the virologists believed that the recovered patients have developed immunity that will protect them from the second infection. In fact, recovered COVID-19 patients in other countries are donating blood plasma for transfusion into sick patients.

Another assumption why these recovered patients test positive again is due to the inaccurate testing. William Hanage, associate professor of epidemiology at Harvard T.H. Chan School of Public Health, said: "Testing is not always perfectly sensitive. Some of those cases you're seeing where it looks as if a person was testing positive, negative, then later tested positive again may be likely explained by one of the intermediate tests just not picking it up when it was there. The amount that that's happening, we don't really know."

He also added: "At this stage of the pandemic, it's been hard enough managing to identify those people who are infected once. It's going to take a while before we can be secure about who's been infected twice."

For Jin Dongyan, a virology expert from the University of Hongkong, he believed that second-time infections are nearly impossible to occur in normal individuals. He speculated that the negative results of COVID-19 patients could be "false" leading the hospitals to discharge these patients.

A member of China's research team Dr. Zhang Boli admitted that accurate tests can fail to detect small amounts of virus that is still within the patient.

HOW DID THIS HAPPEN?

The COVID-19 diagnosis and treatment guidelines that are issued by the National Health Commission in China are doing the diagnostic tests by gathering mucus from nasal cavities using swabs.

However, it was found that oftentimes the virus stays that the lungs of the patients. Dr. Zhang said: "At the time of the test, the sputum in the throat were detected, no virus was not detected, showing that the viral nucleic acid in the patient's body was negative."

HOW MANY PERCENT OF RECOVERED PATIENTS TESTED POSITIVE?

In a recently published article, Doctors in Wuhan found out that between 5 to 10 percent of COVID-19 patients test positive again.

President of Tongji hospital Wang Wei said that the doctors studied 147 recovered patients and five of them which is about three percent tested positive for virus again. The test was done through a nucleic acid test after their recovery.

Moreover, it was found out that the Quarantine facilities in Wuhan have reported that around 5 to 10 percent of the recovered patients test positive for COVID-19 the second time around.

Doctors are still determining if they possess enough antibodies that protect them from reinfection and if they are still able to infect other persons.