Hilarious Spanish Phrases that will Surely Tickle Your Funny Bone 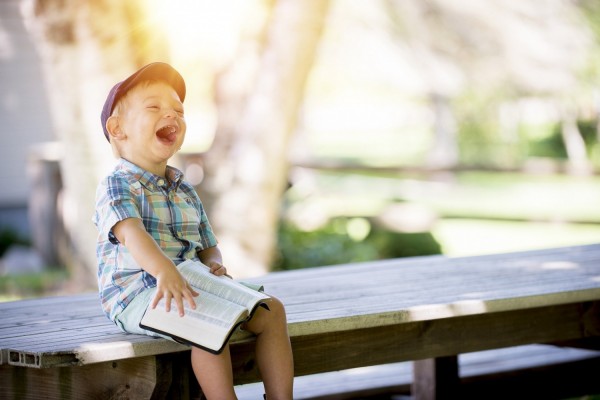 Spain is currently the second country in the world with the most number of confirmed COVID-19 cases and deaths. Though this may seem alarming, it does not mean that there's no reason for people to smile, or laugh, or even be happy. There are many different sources of laughter, and these are what people need to relax and take a break.

Feel-good movies, TV series, books, and music are the primary sources of fun. And for those who are still looking for other forms of entertainment, some of the funniest Spanish sayings are sure to make you laugh, and even let you speak with better conversational understanding. Here are five of hilarious Spanish Phrases to "tickle your funny bone" and make you forget about COVID-19 even just for a while.

If you are not Spanish-speaking, don't worry. You will learn the phrase by having it broken down to direct translation.

Estar is a verb which means, "to be," while La edad is a noun which means "age." Meanwhile, Pavo is another noun that means "turkey."

Therefore, the phrase means to be in the turkey's age. This is among several funny phrases in Spanish. More so, as an idiom, this is usually directed at teenagers. Turkeys are considered awkward animals, and, just like turkeys, teenagers too, must go through an awkward stage.

Ser is a verb. Like estar, it also means, "to be." Whichever of the two Spanish words you use, it depends on the manner the term is used. Pan is a noun which means "bread," while comido is a verb which means "eaten."

As a whole, this phrase means to pull and hold longer the hair. The first word in the phrase, tomar, is a verb word with the meaning "to take." Meanwhile, el pelo, in English, means "the hair." The phrase may also equally mean "To pull a leg." Meaning, an individual is being made fun of. It can also say, an individual is a fool, and thus, what lies ahead does not concern this particular person.

This funny Spanish phrase means, without hair in your tongue. Specifically, sin, in English, means "without." And, as earlier mentioned, pelo is a noun which means hair. However, in this particular phrase, the Spanish term is used in plural form, making it pelos.

The last word of the phrase, la Lengua, when translated in English, means tongue. Though it may have a literal meaning, come to think of it, it's gross, and yet, funny. The real purpose of this phrase, though, is someone who does not mince his words or, a person who is outspoken that does not mind, to tell the truth even if it's terrible.

This is a two-in-one phrase. Meaning, they are two phrases combined together by a letter 'y' or a Spanish word, y, which also means "and." The first part of the phrase, dame pan, utilizes a verb called da, which means to give. Me in English translation means "to me." Pan, as you now know, means bread. Therefore, the first phrase means, Give me bread, and this is quite self-explanatory.

READ MORE: What Meals Are Perfect With Chimichurri Sauce?

As for the second phrase, dime is a verb, when translated in English, means, to say, or to say to me (or tell me). Tonto, on the other hand, means dumb, stupid, or idiot.

The phrase's literal translation means, "Tell me I'm stupid." As a whole, the two-in-one phrase means "Give me bread and call me stupid." What the particular phrase pertains to is that one who is willing to do anything and everything to succeed.

They are the people who don't care about others' opinions so long as they get what they want.