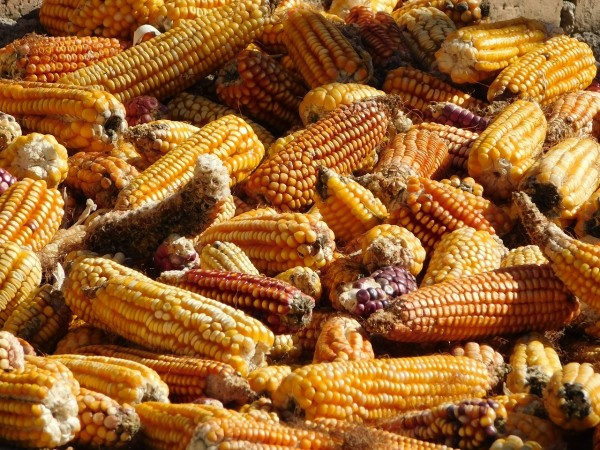 In a recent article, Morena party Senator Ana Lilia Rivera, one of the bill's sponsors, said that one of the objectives of the law was "... the debt that [Mexico] still has with indigenous communities since the implementation of the North American Free Trade Agreement [NAFTA] in 1994."

Corn cultivation is one of the most significant contributions of Mexicans in the world, which dates back 10,000 years ago, according to an article by Latin Post.

The bill seeks to preserve and promote native Mexican corn varieties amidst the competition from modern hybrids and genetically modified corn.

READ: Real Heroes 2.0: Latino Farmworkers Sustain Food in the U.S., but Are They Protected Against COVID-19?

Mexico will label all corn produced and sold in the country to indicate how it was produced. What sets "Native corn" apart from others is that they are grown solely using traditional agricultural methods. Meanwhile, "Hybrid corn" applies to those produced using more modern farming techniques, which have raised some doubts related to nutritional value.

On the other hand, "Genetically modified corn" refers to those varieties that have been developed with resistance to certain kinds of infestations and extreme climate conditions such as drought.

Over 60 varieties of corn developed with traditional and indigenous agricultural methods are considered by the law as part of Mexico's national heritage, making its conservation a human right on par with nutrition, health, and culture.

The passing of the law came before the implementation of the USMCA, the new trade agreement between the United States, Mexico, and Canada, which will replace NAFTA. NAFTA allowed large quantities of cheaper, foreign corn, principally from the U.S., into Mexico. Today, Mexico produces only a fraction of the corn it consumes.

Both genetically modified corn and modern hybrid varieties are seen as a concern because of the possibility that foreign companies would patent seed varieties that were already developed under traditional Mexican agriculture.

For Victor Manuel Chima of the Fray Francisco de Vitoria Human Rights Center, such a possibility "... a kind of intellectual plundering of [indigenous] communities."

Senator Rivera stressed that because of this new law, "... never, ever, will anyone be able to patent or create economic or commercial rights [that would take precedence] over the human right to corn."

The law also seeks to address another concern, which is the contamination of native varieties by crossing-breeding them with foreign, genetically modified corn. The bill also establishes an agency called Consejo Nacional del Maíz (National Corn Council, or Conam) that will document and establish regions where native corn varieties are propagated, and from this information, create policies to ensure the sustainability of the production.

The Consejo Nacional Agropecuario (National Agriculture Council) previously objected to the proposal, claiming it will prohibit the cultivation of naturally bred hybrids within Mexico along with genetically modified corn. Meanwhile, others point out that the consumption of genetically modified corn has not been proven to be harmful to human health.

Chima also asserted that despite the new law, native corn is still in danger because the communities that grow these varieties "have been marginalized for many years."

"With this law, we look to replace the importation of tonnes of corn from the United States with the development of public policies to guarantee production, not only for consumption but also to guarantee that this corn is nutritious and of quality," he said.