Everything Cuban: 5 Things You Should Know 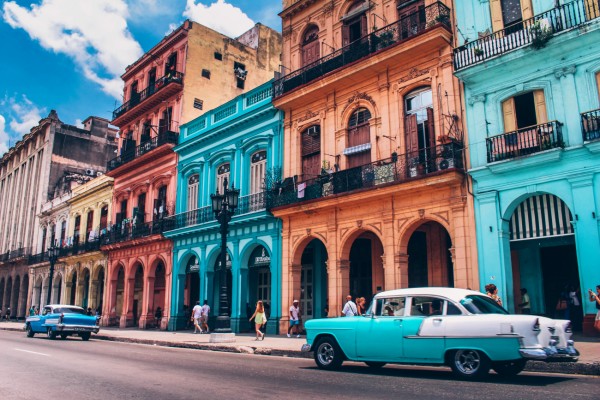 Cuba is an island in the Caribbean known for its vibrant culture, pristine beaches, and lush forests. Much of the country has been recognized by UNESCO World Heritage for its impact on history and scenic views.

Travelers often look for the chance to immerse themselves in another country's culture and traditions. We have made a list of all the things you should know about the colorful Cuban culture.

The majority of the people of Cuba came from Spanish-African descent due to the Spanish influence and the slave trade. Spain conquered the country in 1492 after Christopher Columbus arrived on a Spanish expedition. The Spanish government ruled the island until 1762 when the British forces occupied the country.

The Cuban slave trade was among the oldest and most varied African slave trade in the Americas. The slaves were subject to abuse and were often locked in boiler houses for days at a time. Pregnant women were also severely punished, with some masters whipping the women's bellies, causing miscarriages.

It is estimated more than a million African slaves were brought to the country to work on the sugar plantations until a royal decree abolished the practice in 1886.

In Cuba, most people predominantly speak in Spanish. While similar to other Caribbean dialects, Cuban Spanish is deeply rooted in Castillian Spanish and resembles Spanish taught in schools in the United States today.

Like most countries, Cuban people have a detectable accent that makes them unique from other Caribbean islands. In Cuban speech, the letter 'S' tends to disappear. They are also known to turn their R's into L's, most notably at the end of words.

Are you interested in Cuba's local dialects and colloquialisms? Check it out here.

In Cuban culture, physical contact among strangers is usual. Privacy and personal space are not as highly valued in the country.

Men often greet each other with a handshake or a quick hug. It is also customary to kiss the cheeks of the women when entering a room.

Don't be surprised or alarmed when you hear loud conversations. Cubans tend to be louder and more expressive than other nationalities. Their discussions often involve extreme hand gestures and facial expressions to point out something or ask questions.

Cuba has a very high 97% literacy rate, making their educational system one of the best in Latin America. The state government subsidizes the entire education system. Students can attend all levels free of charge.

Education is a must for children ages 6 to 16. They attend primary school for six years and high school for three to four years. The government provides technical training, secondary education, and universities as options. Best of all, they're free.

The state also sponsors universal access to health services and focuses on maintaining a stellar sanitation system. The country now has one of Latin America's lowest infant mortality rates and the longest life expectancies as a result.

Cuba has fun-loving people. In fact, they enjoy sharing their culture and tradition with visitors. They are also more laid back about punctuality as they favor experience over following timelines.

While they are hospitable, Cubans do not appreciate people spitting on the ground or blowing their noses in public space. Taking pictures of anyone without their consent is also considered taboo.

While there is no legal age to purchase alcohol or a pack of smokes, there are severe penalties for possession and trafficking of illegal drugs.

So there you have it! You're now ready to board the next flight to Havana. For more traveling guides and info, check out this video below:

© 2021 Latin Post. All rights reserved. Do not reproduce without permission.
Most Popular
Our Picks
In Other News
US News
Stepson of Jalisco Cartel Boss El Mencho Became One of U.S. Most Wanted Fugitives With $5 Million Bounty on His Head
US News
Jeffrey Epstein's Ex-Employee Says Late Sex Offender Had Young Girls at Palm Beach Estate While Ghislaine Maxwell Was the 'Lady of the House'
US News
Court Allows Jalisco Cartel Boss El Mencho's Daughter, Laisha Oseguera, to Remain Free Despite Being Accused of Ordering the Kidnapping of 2 Soldiers
US News
Aztec Altar, Ancient Pot With Human Ashes Unearthed by Archeologists in Mexico City