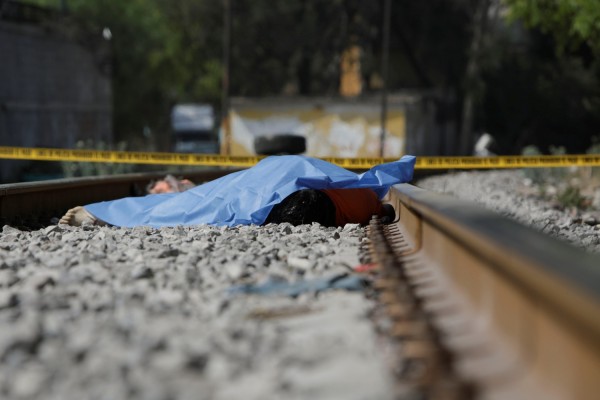 The Mexican coastal state of Veracruz has long been covered in the blood of homicide victims amid ongoing tension and wars between cartels.

Marcela Zurita, a resident, has been digging numerous wells in the past three years in search of her missing son's body. Her 30-year-old son, Dorian, disappeared six years ago. She has taken it upon herself to clear wells in hopes of finding her son's body. She has since found more than 100 mass graves---none of them Dorian's.

The wells are infamous body dumping grounds for the Mexican drug cartels. Local authorities hadn't shown much effort in trying to locate or investigate cases. Most victims are never found.

In May 2018, over 93 people were murdered each day, with the death toll reaching 2,890 by the end of the month. It was the bloodiest month ever recorded since the Mexcian government began releasing homicide data in 1998.

The government deployed military forces to combat the rising crime. Authorities were also sent out to investigate the killings, some of which were committed by the very people investigating.

Local journalists continuously expose numbers of murder cases in the country. The number of those working in Veracruz, however, is dwindling.

Veracruz is considered the deadliest place to be a journalist. In 2019, more than 12 reporters were found killed. Some were stabbed, while others were shot in broad daylight.

Victor Fernando Alvarez, a Mexican journalist, was found Saturday after disappearing on April 2. On March 30, a female reporter named Maria Elena Ferral was shot while leaving a public notary office. She was hit at least eight times before the culprits drove away.

Threatening and killing journalists in Veracruz became a common occurrence. Reporters often reveal receiving death threats from high-ranking political figures. Many are kidnapped without ransom. Some of the missing who turn up bear signs of torture before ultimately getting killed.

An estimated 99% of homicide cases involving reporters go unpunished. Mexican President Andres Manuel Lopez Obrador vowed to combat violence in Mexico when he came into office. However, he is often recorded criticizing media, calling it a weapon for the opposition---a statement mimicked by state and local government officials.

On April 19, 2019, more than 14 partygoers were gunned down---including a one-year-old baby. The victims were attending a family celebration in Veracruz when six armed men opened fire.

In August 2019, an armed gang kidnapped a nightclub owner, sealed off all exits, and burned down the establishment, killing 26 and gravely injuring a dozen others.

A current affairs channel, known for producing documentaries, recently visited the Mexican state of Veracruz, where they uncovered the murder of Pedro Tamayo. This journalist was murdered in 2016 in his home in Tierra Blanca, Veracruz, despite being under police protection.

During their short interview, cartel members repeatedly circled the block, with some reportedly gathered at the entrance of the establishment.

In Coahuila, Los Zetas cartel members murdered and disappeared more than a thousand people, with the Piedras Negras Prison serving as a dumping ground.

An anonymous man said to be a go-to gunman for local cartels for a dozen years. He claims he was hired by a police chief for whom he has claimed the lives of 30 people. He said the victims were never politicians as only fellow politicians ordered the assassination.

Politicians are no stranger to death threats and killings. A mayoral candidate in Tenancigo shared an audio clip where an unidentified caller threatened to kill him and his family should he continue his campaign. 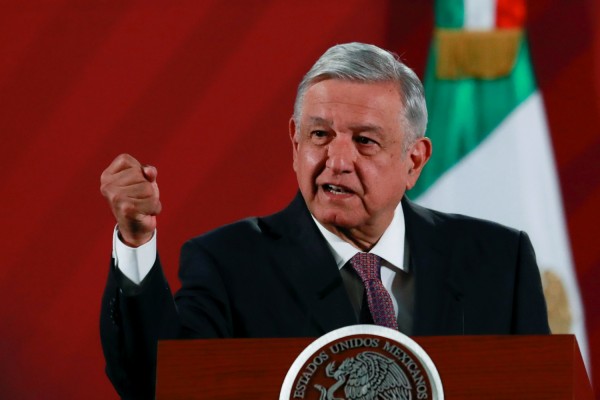 Mexico faced its most violent year in 2018 when Lopez Obrador took office. The year ended with over 36,600 murders. The homicide rate surged during Enrique Pena Nieto's administration.

AMLO promised a reform when he was elected president. However, there is very little progress in the crackdown of cartel-related violence and crime in the country. In his first year in the position, gangs openly mocked his authority and committed atrocious acts of violence.

Through it all, Lopez Obrador has remained silent, presenting neither a concrete plan or coherent approach to deal with the root of the crimes and corruption within the system.

"The situation we have is a lot worse than what we had then," PRI Deputy Hector Yumes, a member of the lower house of Congress, said. "If the government doesn't recognize its errors, this will be the most violent presidential term in Mexican history."