Zendaya made history not just by taking home her first Emmy Awards win for HBO's Euphoria, but also for becoming the youngest artist to ever do so in the category.

At the age of 24, Zendaya became the youngest Emmy Awards winner for lead drama actress. It was stiff competition as Zendaya competed last year's winner Jodie Comer, who held the title for the youngest to receive this award until today, as well as Olivia Colman, Jennifer Aniston, Laura Linney, and Sandra Oh. It was an honor to be among such talent, the actress said. 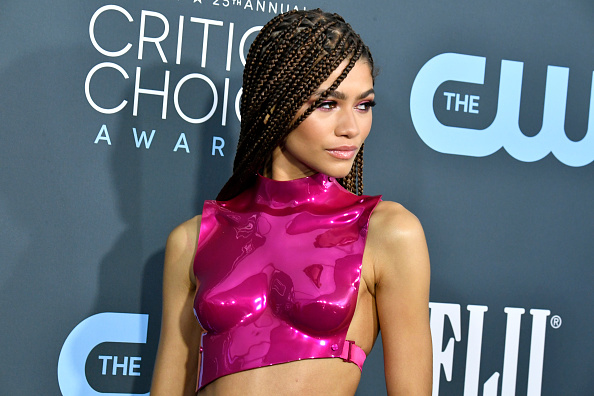 Deadline reported that Zendaya becomes the second Black woman in the category following Viola Davis. The 24-year-old actress won the award for her role as Rue, a troubled teenager who struggles with drug addiction, tensed home life and love, among other things.

Zendaya thanked the TV Academy, her show creator, cast members, and EP Sam Levinson. Lastly, she made sure to acknowledge the youth in her speech. "This is a bizarre time to be celebrating, but I want to say that there is hope in the young people out there, Zendaya said while accepting the award remotely joined by her team and family.

The young actress added that she knows that 'Euphoria' doesn't always feel like a good example, but it shows hope in young people. "To my peers out there doing work in the streets, I admire you, I see you, I thank you."

Currently, season 2 of 'Euphoria' is in the works. However, the production was placed on hold amid the pandemic hit. The actress recently teased on Jimmy Kimmel Live! to guest host Ben Platt which the producers are working on an episode that can be done with a limited staff to have something to live on until they can go into season two.

After getting choked up during her speech, Zendaya admitted that she doesn't usually cry. She got through it without completely taking over, but it was evident that it was a very emotional moment.

According to Fox News, during the virtual pressroom following her win, Zendaya said that she immensely admired every woman in the category, so it meant so much. The former Disney actress gushed that just to be mentioned in the category was something. "And then to have their support and having them smile and wave at me and stuff like that meant a lot to me. That support fills my heart."

The star went on by saying that she finds joy in small moments, such as her win. The young actress was grateful for winning the Emmy award in front of a room full of loved ones.

The "Greatest Showman" star added that she finds 'Euphoria' as "extremely important" as it tells a story of a young woman facing addiction. Zendaya also highlighted her character Rue, which was so special for the actress. According to her, Rue is a whole human being that has a layered and complicated life. "I think as the show goes on, we're also able to empathize with addiction and what it looks like and what it does to a family, and understand and still root for Rue," Zendaya reflected.