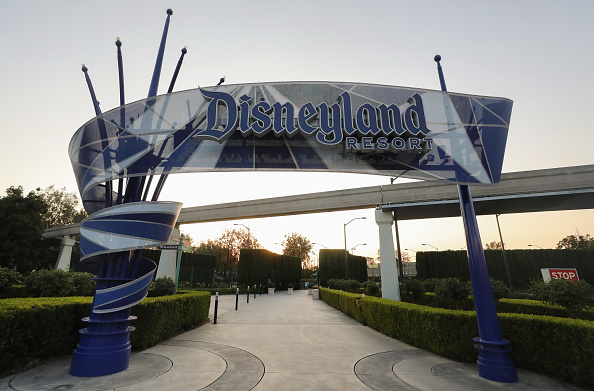 (Photo : Mario Tama/Getty Images)
A Disneyland sign is posted at an empty entrance to Disneyland on September 30, 2020 in Anaheim, California.

California theme parks like Disneyland will have to stay close as Governor Gavin Newsom delayed reopening them.

On Wednesday, Newsom said there was "no hurry" in putting out health guidelines for California's theme parks. He wanted to make sure the businesses can conduct a smooth and safe operation as the pandemic raged on, said a USA Today report.

For Newsom, the theme parks still need to "see more stability in terms of the data" to reopen safely.

The pronouncement was a turn-around for the California governor, who said last month that guidelines would be issued "very shortly."

Newsom promised to continue working with the theme park industry on the matter, as noted in a Deadline report.

Many Theme Parks Take the Hit

The latest declaration was not good news for many local theme parks. Newsom is now at odds with the industry, who took a blow from his decision. This is especially true for Anaheim, where the Happiest Place on Earth is the biggest employer.

As a group and on their own, the theme parks have reached out to Newsom to allow them to reopen. They said they are willing to provide all the needed safety measures to prevent the spread of COVID-19 in their parks.

Florida began to reopen theme parks in June. Disney parks in Shanghai and Paris also opened its doors to guests after months of closure.

Disney said it would have to lay off some 28,000 U.S. workers. This number makes up a quarter of their workforce, particularly in their resorts division. The company claimed the laying off of workers was worsened by the closure of its California theme parks.

Disneyland in Anaheim, California has been closed since March when the state closed many businesses because of the pandemic.

Despite the gradual reduction of COVID-19 cases and deaths in the state, Disneyland remained shuttered.

The California Attractions and Parks Association (CAPA) also responded to Newsom. The group said they find it "disconcerting" that Newsom still has no planned timeline for issuing health guidance for theme parks.

The organization was also concerned that Newsom "does not anticipate theme parks opening soon."

"Each day that parks are closed further decimates the amusement park industry," the CAPA noted.

The group said that with the governor's "no big rush" approach to theme parks, he is "ruining businesses." Along with that, the CAPA noted that the governor would also destroy the livelihood of thousands of people "who could responsibly be back at work."

Weeks ago, Josh D'Amaro, the new chairman of Disney Parks, Experiences and Products, asked state officials to let Disneyland reopen. He said the state should "treat theme parks the way you treat other sectors."